Brighton & Hove Albion and Crystal Palace go head-to-head in the latest installment of an intriguing ‘M23 derby’ at the Amex Stadium.

Brighton got 2022 off to a flying start, claiming a 3-2 victory at an out-of-sorts Everton on New Year’s Day, making it three Premier League matches without losing (W2, D1). Indeed, Graham Potter’s men have shown signs of improvement, netting as many goals across those three fixtures as they had in their ten in the competition beforehand (6). After beating the newcomers Brentford 2-0 in their most recent league outing at the Amex Stadium, the ‘Seagulls’ could record back-to-back top-flight wins at home for the first time since October/November 2019. However, Brighton are winless in their last five Premier League meetings with Palace (D3, L2), scoring under one goal or less in each, including a 1-1 draw in reverse ‘M23 derby’ back in October.

In the meantime, Crystal Palace suffered a 3-2 home defeat to cross-town rivals West Ham in their inaugural 2022 Premier League fixture as their form wobble continues to give head coach Patrick Vieira a sizeable headache. None of Palace’s last six league games have featured the same outcome twice in a row (W2, D1, L3), with five of them producing over 2.5 overall goals. What’s more, the ‘Eagles’ have only won one of their last 11 Premier League matches on hostile turf (D3, L7), courtesy of a shock 2-0 triumph at Manchester City in late October. Indeed, they have lost each of their last three away league games without finding the net, which is in line with their embarrassing form on the road. Just 26% of Palace’s total Premier League points have come away from home this season (6/23). 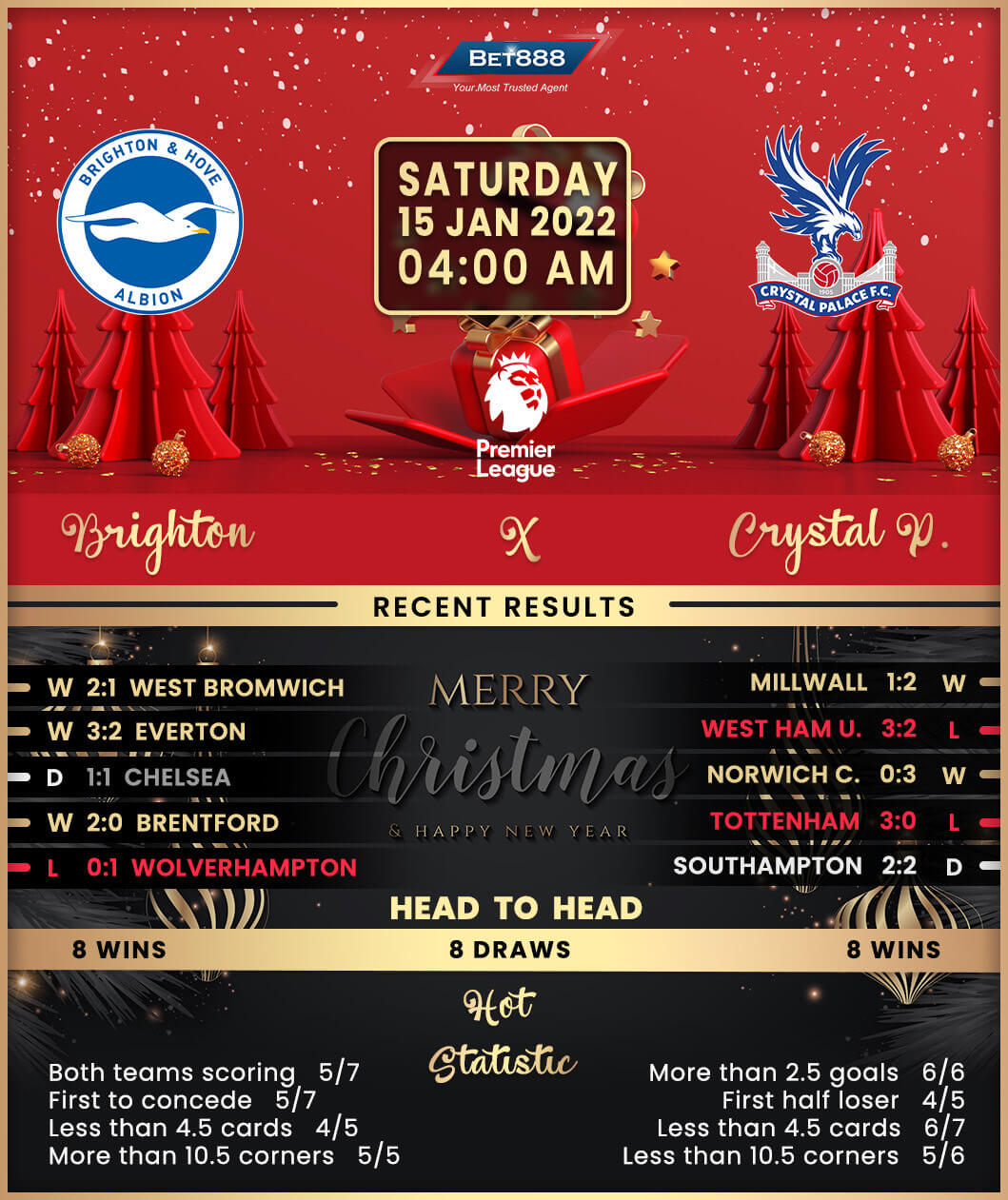