Signal Iduna Park is the venue as Borussia Dortmund and Stuttgart go head-to-head in an exciting Bundesliga showdown.

A 2-0 victory at Hannover 96 in midweek DFB-Pokal action may have lifted the spirits in the Borussia Dortmund camp following a dreadful run of one win from five Bundesliga matches (D1, L3). Stuck two points adrift of the top four after the opening ten matchdays, ‘Die Borussen’ head into proceedings determined to arrest a three-game winless league streak (D1, L2) during which they conceded 2+ goals on each occasion. Despite only losing more top-flight home games to Bayern Munich (18) than Stuttgart (13), Dortmund could reach an unprecedented feat and beat this opposition in four consecutive Bundesliga H2Hs for the first time in club history. Edin Terzic’s men can find inspiration in their club-record 39-match scoring run at home in the Bundesliga.

Meanwhile, visiting Stuttgart claimed a massive 4-1 home victory over Bochum last weekend, ending an underwhelming nine-game winless Bundesliga start (D4, L1). In turn, interim boss Michael Wimmer, who has replaced Pellegrino Matarazzo at the helm, oversaw his side’s emphatic 6-0 romping of Arminia Bielefeld in midweek DFB-Pokal action, which could have sparked enthusiasm among travelling supporters. However, ‘Die Schwaben’ have yet to win an away Bundesliga fixture in 2022 and are on an exhausting 14-game wait for a top-flight triumph on the road (D8, L6). Stuttgart’s defensive woes have seen them keep a clean sheet just once in their ten Bundesliga outings this season, which doesn’t bode well for their bid to post only their second top-flight victory at Signal Iduna Park in 14 years. 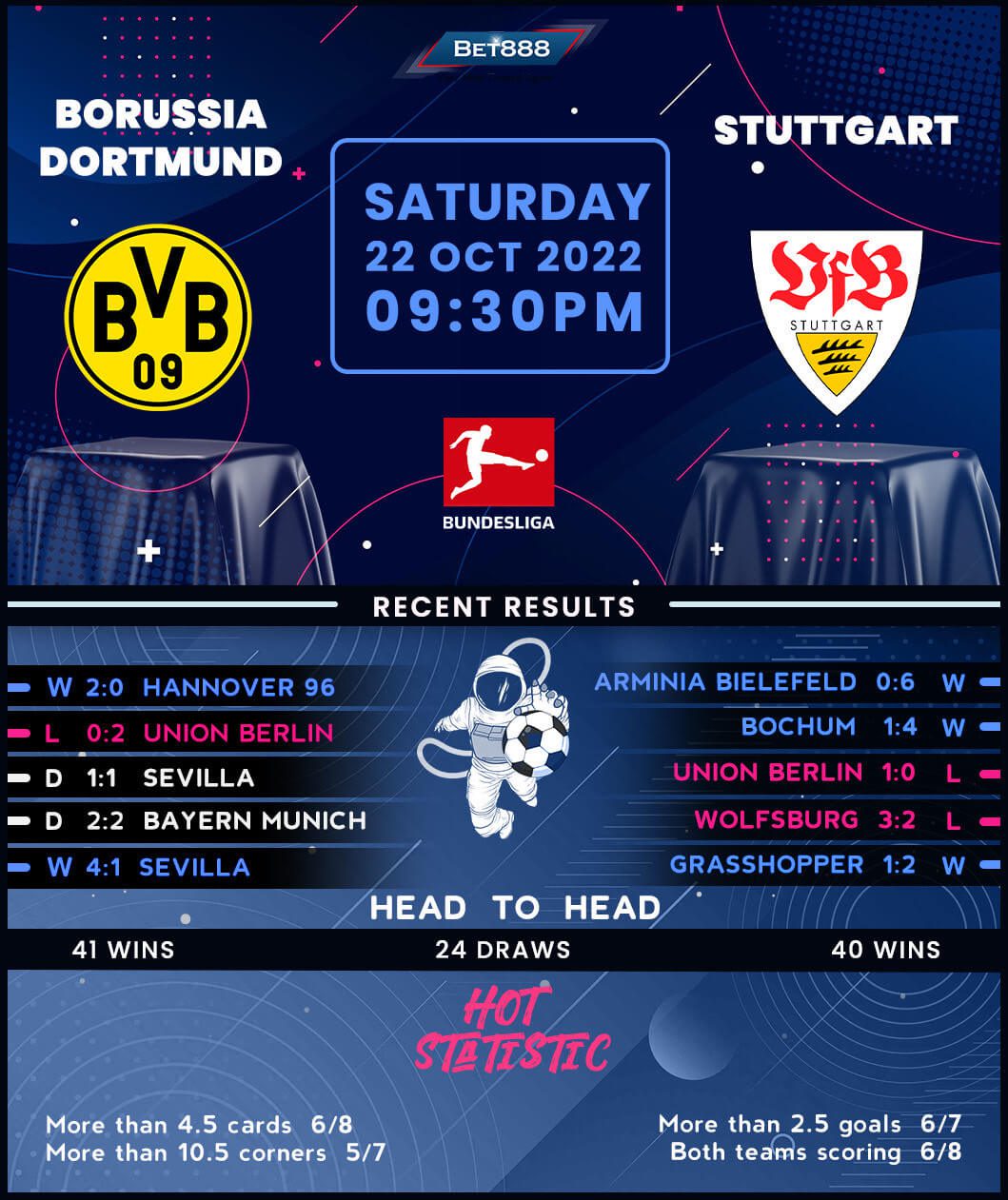