The 124th Bundesliga of the famous ‘Der Klassiker’ pits the two German powerhouses Borussia Dortmund and Bayern Munich against each other at the Signal Iduna Park.

Borussia Dortmund recovered from a morale-damaging 3-2 defeat at Cologne last weekend by hammering Sevilla 4-1 in midweek Champions League action to move one step closer to reaching the competition’s knockouts. Dortmund’s see-saw domestic form in the young Bundesliga season has seen them win five of their opening eight league matches and lose the remaining three. Worryingly for manager Edin Terzic, two of those three defeats have come in the last three games, with ‘Die Borussen’ conceding precisely three goals both times. Another sub-par result is well on the cards as they’ve lost eight consecutive meetings with Bayern since beating them in the 2019 Super Cup. Dortmund’s lackadaisical attitude after taking the lead has made them the only Bundesliga side to twice after leading in matches this season.

On the other hand, visiting Bayern Munich flew out of the traps since club football resumed following September’s international break, putting four unanswered goals past Bayer Leverkusen last time out to arrest a four-game winless Bundesliga streak (D3, L1). After putting their longest Bundesliga run without winning since 2002, Julian Nagelsmann’s side humbled Viktoria Plzen 5-0 in the Champions League to bring themselves to the cusp of qualifying for the knockout stages. Despite losing Robert Lewandowski in the summer, the ‘Bavarians’ have netted 16 goals in the first eight Bundesliga rounds, at least seven more than any other side in Germany’s top division. However, after winning just four of their opening eight league outings (D3, L1), the perennial champions enter this matchday two points adrift of pacesetters Union Berlin. 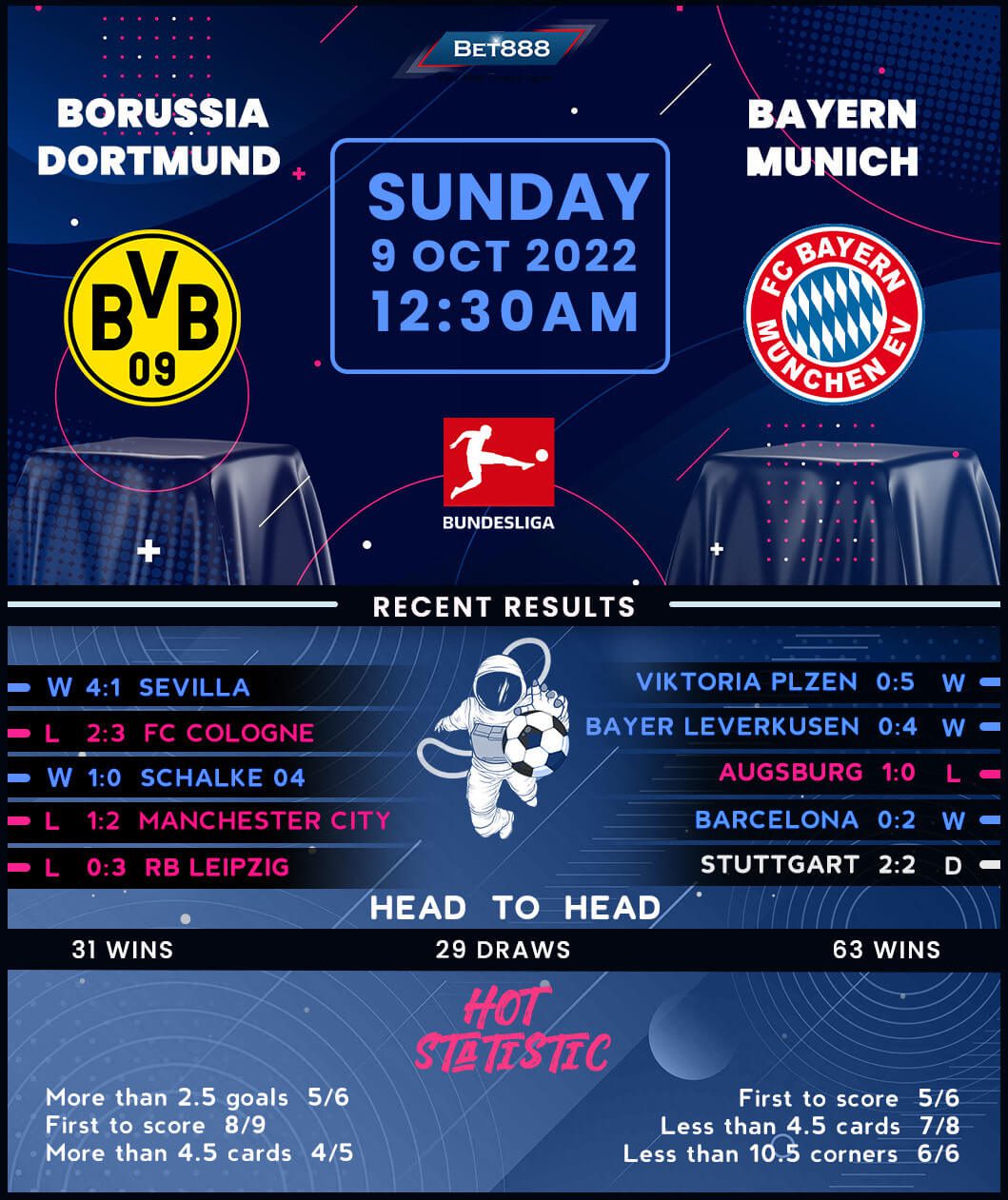