The 130th edition of ‘Der Klassiker,’ the most often played fixture in German professional football, pits Borussia Dortmund against Bayern Munich at the Signal Iduna Park.

Coming into this matchday, Dortmund will be looking to take the three points and Bayern’s place at the top of the Bundesliga table, with just a single point separating fierce rivals ahead of the kick-off. ‘Die Borussen’ have responded to a 2-1 away defeat to RB Leipzig on the eve of the November international break with back-to-back victories in the post-international window period despite failing to keep a clean sheet on each occasion. Indeed, new manager Marco Rose seems to have instilled a certain ‘make or break’ mindset at Dortmund, as they take the field as the only Bundesliga side yet to draw a league match this season (W10, L3). And while they’ve had some ups and downs on the road, they’ve been nothing short of remarkable at home, having won all seven top-flight games at the Signal Iduna Park to date by an aggregate score of 21-9.

Dortmund’s 100% Bundesliga home record will be on the line as they meet a rampant Bayern Munich side that have scored a league-high 42 goals after just 13 Bundesliga matches to date. In addition to their utterly impressive average of 4.0 goals per league game this season, the perennial German champions have made light work of Dortmund of late. Indeed, the ‘Bavarians’ have defeated arch-rivals in each of their last six Bundesliga H2Hs en route to setting an unprecedented feat in a long-running ‘Der Klassiker’ saga. But after a run of four consecutive Bundesliga away wins under Julian Naglesmann, Bayern fell to a 2-1 loss to Augsburg in their most recent league trip, marking their ninth successive top-flight travel without a clean sheet. 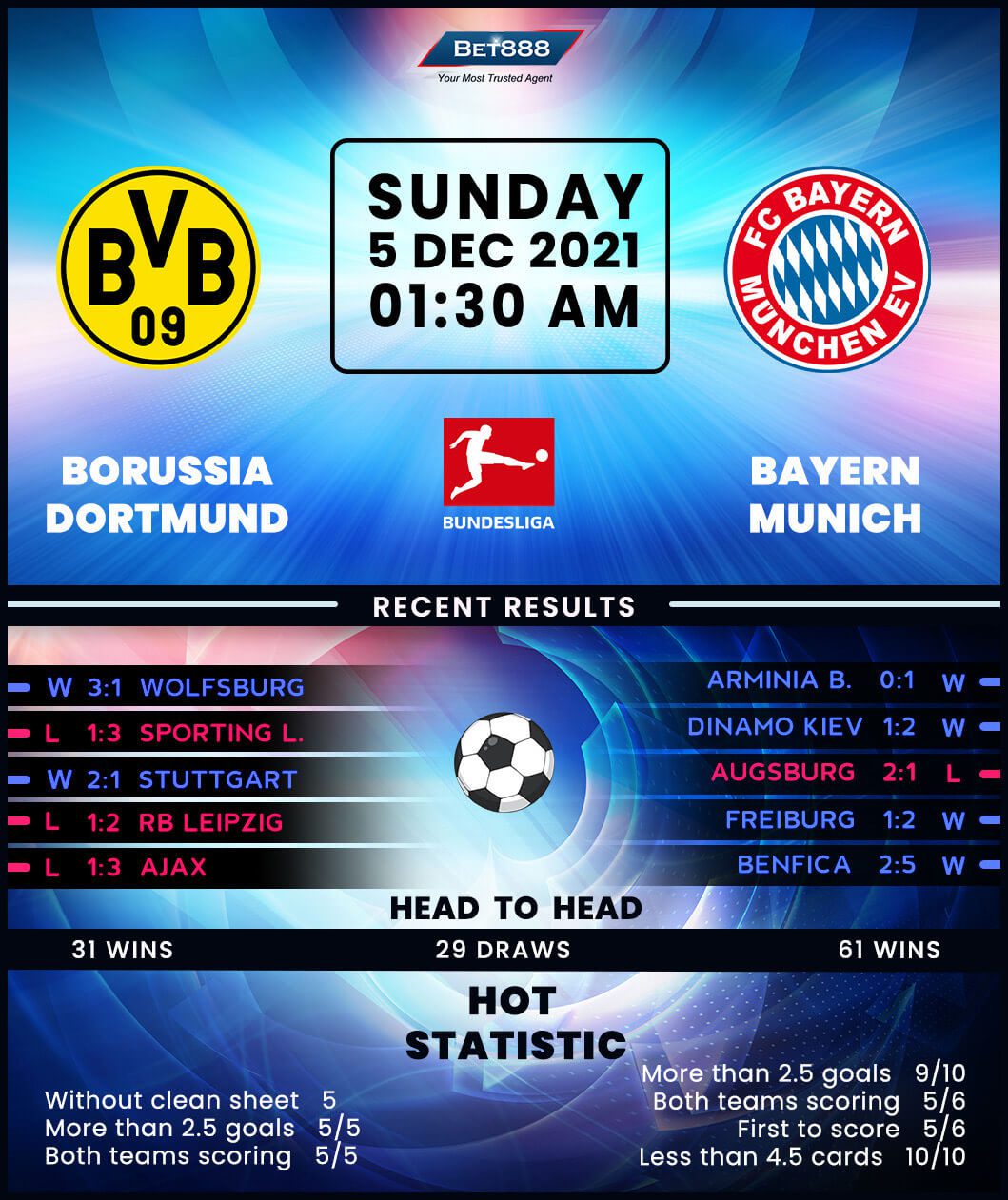