Borussia Dortmund had to settle for another runner-up Bundesliga finish last season, but several personnel changes could turn their fortunes around in 2022/23. Edin Terzic, who replaced Marco Rose at the helm earlier in the summer, will no longer be able to count on Erling Haaland, who left for Manchester City. ‘Die Borussen’ have reinvested the money from Haaland’s departure to bring in the likes of Niklas Sule, Nico Schlotterbeck, Karim Adeyemi and Sebastien Haller, with the latter ruled out for months due to tumour surgery. Terzic’s depleted squad eased past Munich 1860 in the opening DFB Pokal round last weekend (3-0), making it three consecutive domestic triumphs in a row, the 2021/22 season included. But Dortmund fell to a dreadful 5-2 defeat in this corresponding fixture last term, seeing their two-game H2H winning streak go out of the window.

In the meantime, Bayer Leverkusen suffered a shock DFB Pokal exit at the hands of third-tier opposition Elversberg last time out (3-4). A poor start to the new domestic campaign suggests ‘Die Werkself’ could struggle to replicate last season’s third-place Bundesliga finish. An uneventful recruitment campaign over the summer has seen only Czech prodigy Adam Hlozek join forces with Gerardo Seoane’s team. The former Sparta Praha man will team up with Patrik Schick and Moussa Diaby in the frontline as the visitors look to better the club’s best-ever scoring Bundesliga season, where they netted 80 goals back 2021/22. A high-scoring theme could be the order of the day here, with three of Leverkusen’s last five league meetings with Dortmund featuring seven goals. 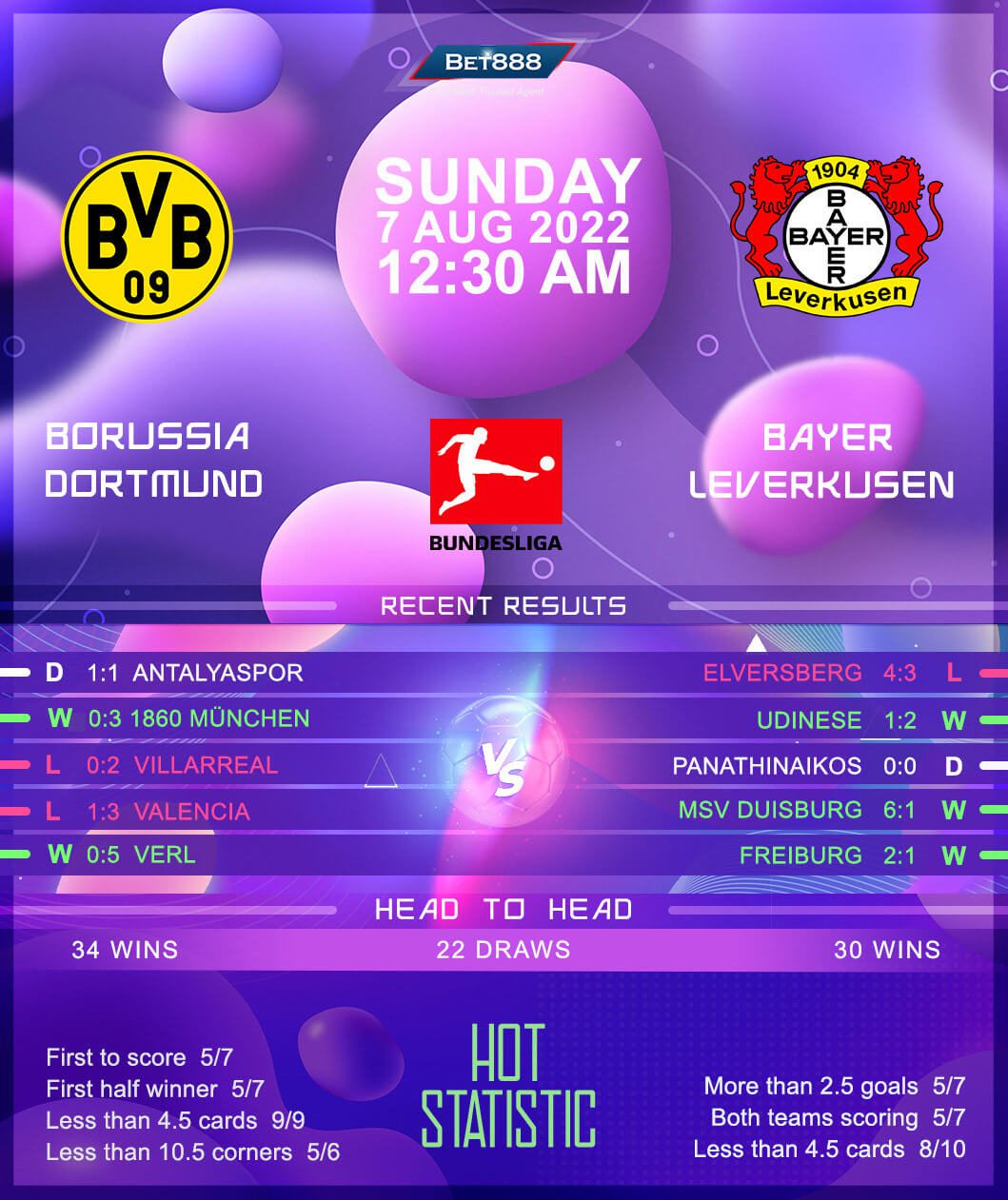