Atalanta’s European dream is facing the greatest obstacle, as the Italian team is set to face one of the best sides in the competition, Borussia Dortmund.
Although the Black and Yellows are not having a very successful campaign by their standards, they are still favorites to win this battle. The German heavyweights are undefeated in their last five Bundesliga matches, failing to win three of them, including a disappointing 1-1 draw with Freiburg at Signal Iduna Park. On the other hand, Atalanta are looking to extend their eight-games lossless streak on the road. Gian Piero Gasperini’s squad have won five matches in a row away from the Stadio Atleti Azzurri d’Italia prior a draw with Crotone, beating AC Milan, Napoli, and AS Roma in the process.

But, the Goddess are experiencing serious troubles as team’s best player, Alejandro Papu Gomez could miss the game due to a knee injury, and the same thing goes for Mattia Caldara, who has back problems.

Peter Stoger won’t have Andriy Yarmolenko, Jadon Sancho, and Erik Durm, all struggling with knee injuries. Sokratis Papastathopoulos may recover from illness, while Raphael Guerreiro, Shinji Kagawa, Maximilian Philipp, Sebastian Rode, and the club’s captain Marcel Schmelzer should skip the match. And BVB manager could only pray the newcomers; Michy Batshuayi and Manuel Akanji can adequately replace the departed Aubameyang and the Greek centre-half. 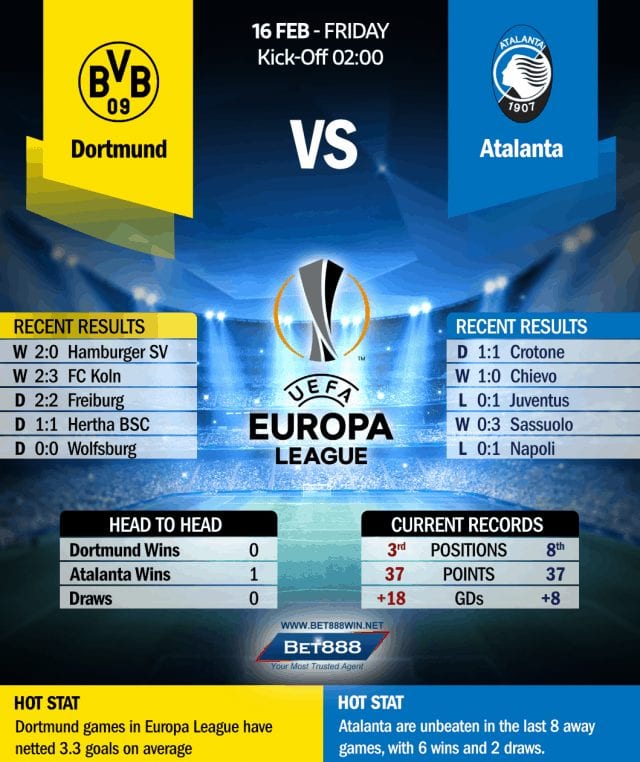