Estadio da Luz is the venue as Benfica and Paris Saint-Germain battle it out for supremacy in a competitive-looking Champions League Group H.

Roger Schmidt’s managerial tenure at Benfica has been off to a flyer as the ‘Eagles’ won their opening 13 competitive games under the German boss before Guimaraes held them to a scoreless Primeira Liga draw at the weekend. Benfica’s superb form in 2022/23 primarily refers to their stunning Champions League showings. After a comfortable 2-0 beating of Group H minnows Maccabi Haifa on day one, Schmidt’s high-flyers came from an early 1-0 deficit to defeat Juventus 2-1 in Turin last time out. On top of that, Benfica have won all three previous European home meetings with PSG and have been victorious in their last four continental home games against French visitors. Furthermore, they’ve racked up five wins in their six most recent home outings in the Champions League group phase (L1), keeping four clean sheets in that run.

On the other hand, visiting Paris Saint-Germain claimed a hard-earned 2-1 home triumph over fellow Ligue 1 rivals Nice at the weekend, maintaining an eye-catching 12-game unbeaten 2022/23 start (W11, D1). Keen to lift their first-ever Champions League crown, ‘Les Parisiens’ have won both Group H fixtures despite conceding in the first half on each occasion. After a 3-1 victory in Haifa last time out ended PSG’s underwhelming five-game winless Champions League streak on the road, Christophe Galtier’s men will be out to restore parity in the overall H2H stakes against Benfica (W2, D1, L3). Motivation won’t be lacking as Galiter could become only the second PSG manager to win his first three Champions League games in charge of the joint-record French champions. 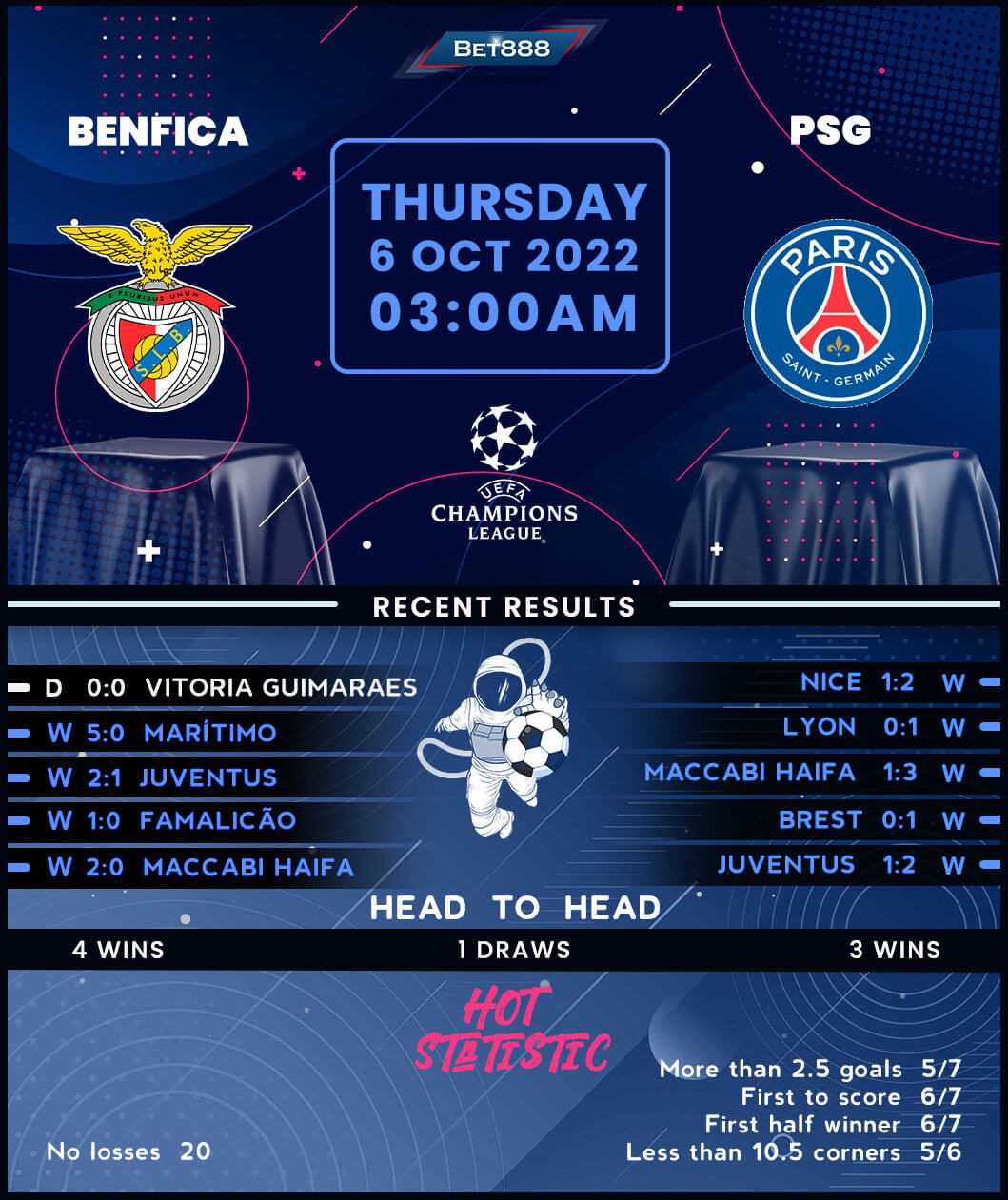