With two games left, Benfica could find themselves in the Champions League knockouts for the second season on the trot for only the second time in club history should they avoid defeat here. Roger Schmidt’s side started their Champions League journey with back-to-back wins, including a come-from-behind 2-1 triumph at Juventus, before playing out a pair of identical 1-1 draws with fellow Group H leaders PSG. The ‘Eagles’ will take the field in high spirits after Rafa Silva’s second-half winner gave them a 1-0 win over arch-rivals Porto at the weekend, taking their unbeaten streak in all competitions to 20 matches (W17, D3). In addition to boasting a 100% win record against Juventus at home (W3), the Primeira Liga giants have only lost twice in their last 23 home European outings (W14, D6).

In the meantime, visiting Juventus have enjoyed a mini-revival following a dreadful 2-0 defeat at Maccabi Haifa in the previous Champions League running, winning back-to-back Serie A fixtures ‘to nil,’ including a 4-0 demolition of Empoli at the weekend. A narrow 1-0 victory at fellow city rivals Torino on their most recent travel ended Juventus’ embarrassing six-game winless away start across all competitions (D2, L4). However, scoring has been a massive issue for Massimiliano Allegri’s side on the road this term, as they’ve netted under 1.5 goals in all seven away matches to this point. That doesn’t bode well for the visitors’ bid to defy their woeful all-time record on Portuguese soil in European football (W1, D2, L4). 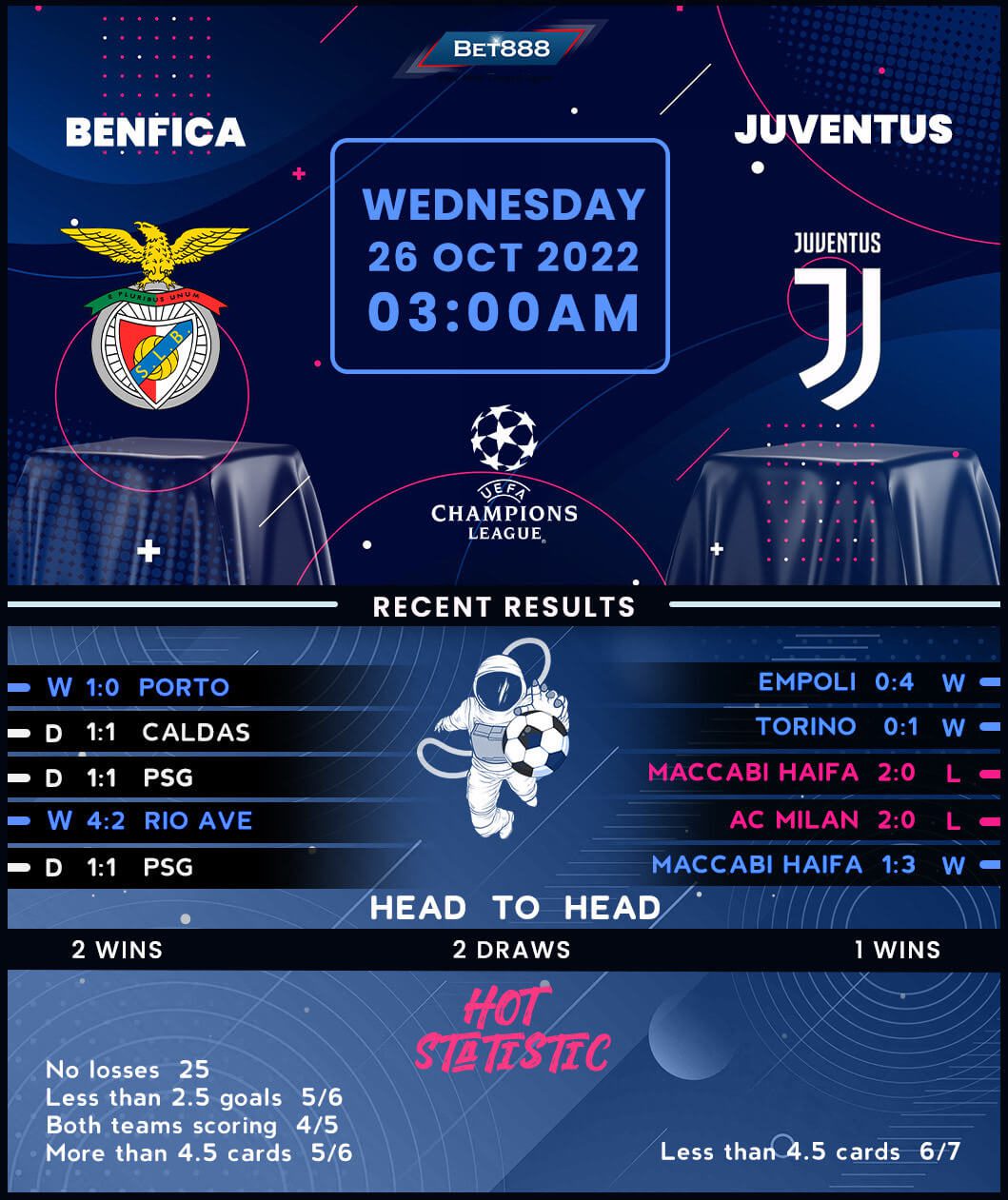