Belgium and Wales are set to square off at the King Baudouin Stadium in a high-stakes Nations League showdown.

Since falling to an embarrassing 4-1 defeat to the Netherlands on day one, FIFA’s #2-ranked Belgium have racked up a three-game unbeaten Nations League streak (W2, D1) to maintain their hopes of reaching the semi-finals. With Group A4 leaders ‘Oranje’ three points clear ahead of their matchday-six six-pointer, ‘De Rode Duivels’ can ill-afford a mistake against Wales, whom they’ve defeated only once in their last seven international H2Hs (D4, L2). Although they shared the spoils in a 1-1 draw in the reverse fixture, the home crowd won’t expect an identical outcome, knowing none of Belgium’s seven Nations League home outings have ended level (W6, L1). High scoring has been a common theme in Belgium’s recent Nations League contests on home turf, with four of the last five featuring over 4.5 total goals.

In the meantime, visiting Wales are on the cusp of being relegated to League B following an underwhelming four-game Group A4 start (D1, L3), including an action-packed 3-2 defeat at the Netherlands last time out. Except for the abovementioned draw with Belgium, the ‘Dragons’ have conceded 2+ goals in all three remaining Nations League fixtures this season, suggesting the home strikers could have a field day. The only bright spot in Wales’ otherwise abysmal form over the past few months is their all-important home triumph over Ukraine that propelled them to the World Cup for the first time since 1958. With several experienced first-team stars missing out to injury, Wales’ bid to post their first-ever win on Belgian soil at the eighth time of asking looks far-fetched (D3, L4). 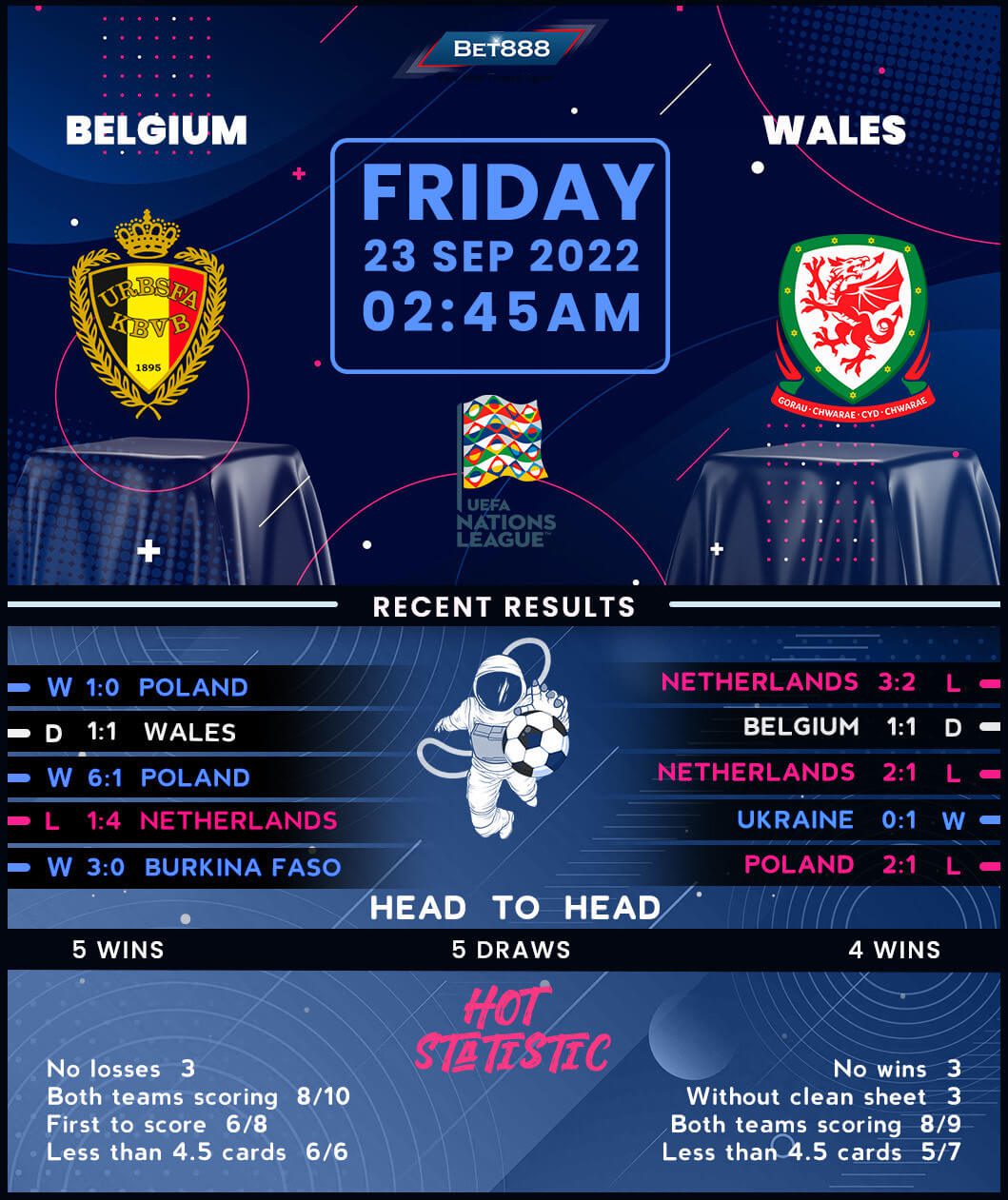