Belgium ‘got away with a murder’ in their curtain-raising Group F fixture against Canada, pulling off a narrow 1-0 victory despite facing 22 attempts on goal, including Alphonso Davies’ wasted penalty. Having made it eight consecutive triumphs in the World Cup group stages, ‘De Rode Duivels‘ will be out to build on their 100% unbeaten World Cup record against nations from the CAF confederation (W3, D1) and perhaps qualify for the knockout rounds with a game to spare. No matter the outcome, it will be a landmark day for Belgium as they’ll become only the 12th country to reach a 50-game milestone at the World Cup finals. But if you’re looking for an omen, only two of the 11 previous nations have lost their 50th match at the tournament (W8, D1).

In the meantime, Morocco held the 2018 World Cup finalists Croatia to a tepid 0-0 draw in their opening game at the tournament, extending their winless run to four World Cup matches (D2, L2). A lack of firepower up top has seen the ‘Atlas Lions’ draw a blank three times across those four matches, which is in line with their perennial scoring woes at the tournament. Indeed, the Moroccans have failed to get on the scoresheet in 53% of their all-time World Cup fixtures (9/17), thereby it’s unsurprising they’ve only won two of their 17 matches in the competition (D6, L9). Yet if there’s a glimmer of hope that Morocco can beat the odds here, a 4-1 thrashing of Belgium in their most recent H2H in 2008 could provide a spark. 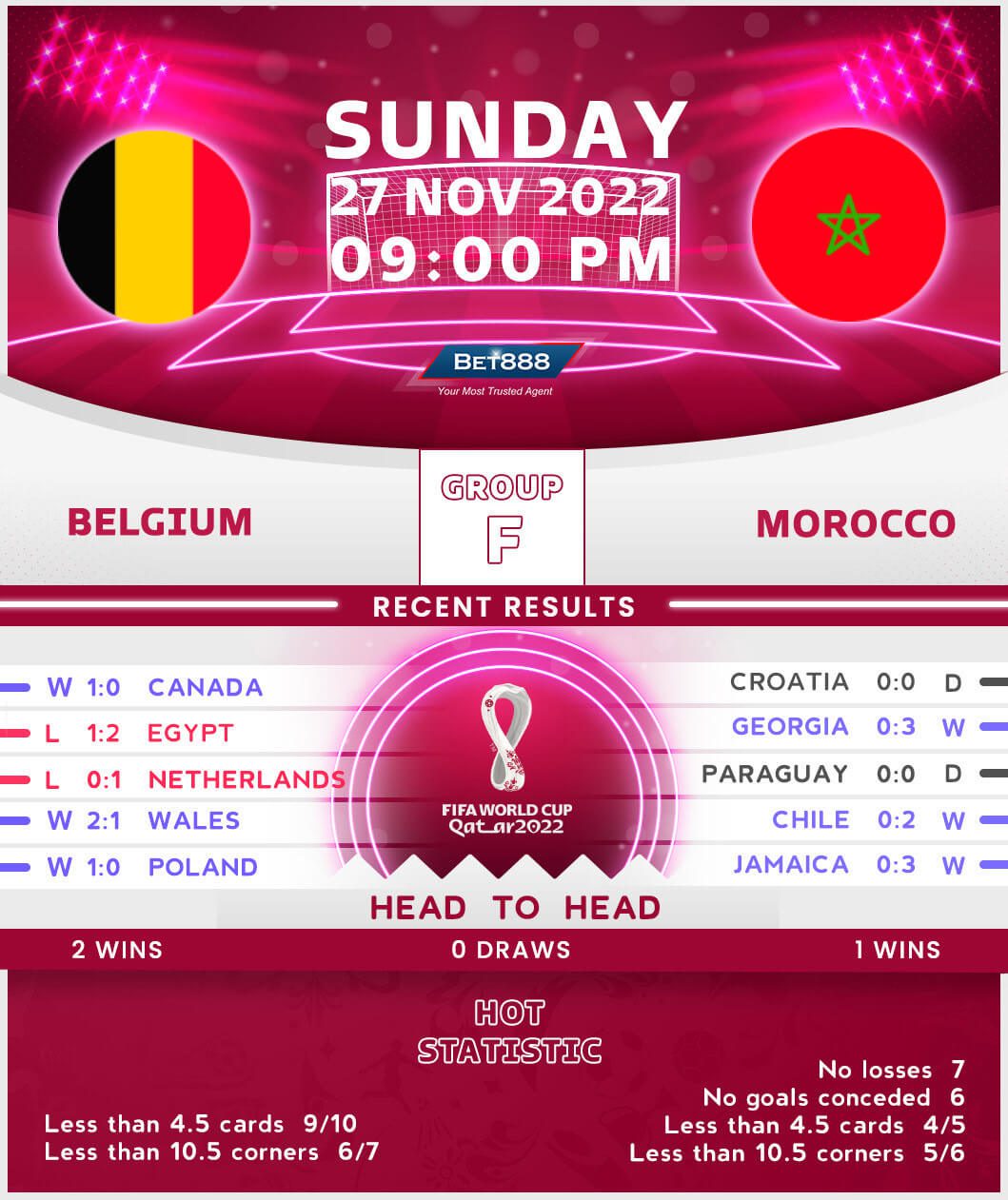