Despite taking a 3-0 lead within the opening 38 minutes of play on their weekend’s visit to bottom-half Hertha BSC, Bayern Munich had to settle for a dramatic 3-2 victory. However, Julian Nagelsmann’s men have hit their stride following a rough Bundesliga start as they head into proceedings on the back of eight consecutive wins in all competitions. After overtaking Union Berlin at the top of the Bundesliga table, the ‘Bavarians’ can now focus on running away as they did in the past ten seasons! Playing on Tuesday (European time) often benefits Bayern, considering they’ve lost just once in their last 25 Bundesliga fixtures contested on this day (W18, D6).

It seems that a season spent in the second tier back in 2021/22 made Werder Bremen stronger, with the visitors already only ten points shy of their total Bundesliga haul (31) from 2020/21 when they suffered relegation. Indeed, ‘Die Werderaner’ have excelled in Germany’s top flight this term, racking up 21 points after 13 league fixtures to record their best points tally at this stage of a Bundesliga campaign in 11 years. Like their hosts, Ole Werner’s men head into proceedings amid a good spell of form after going from back-to-back league defeats to two victories in a row, both of which yielded a single-goal margin. But you’d have to go back to September 2008 for Werder’s last competitive triumph over Bayern, with the Bremen outfit winning none of their subsequent 29 H2Hs (D4, L25). 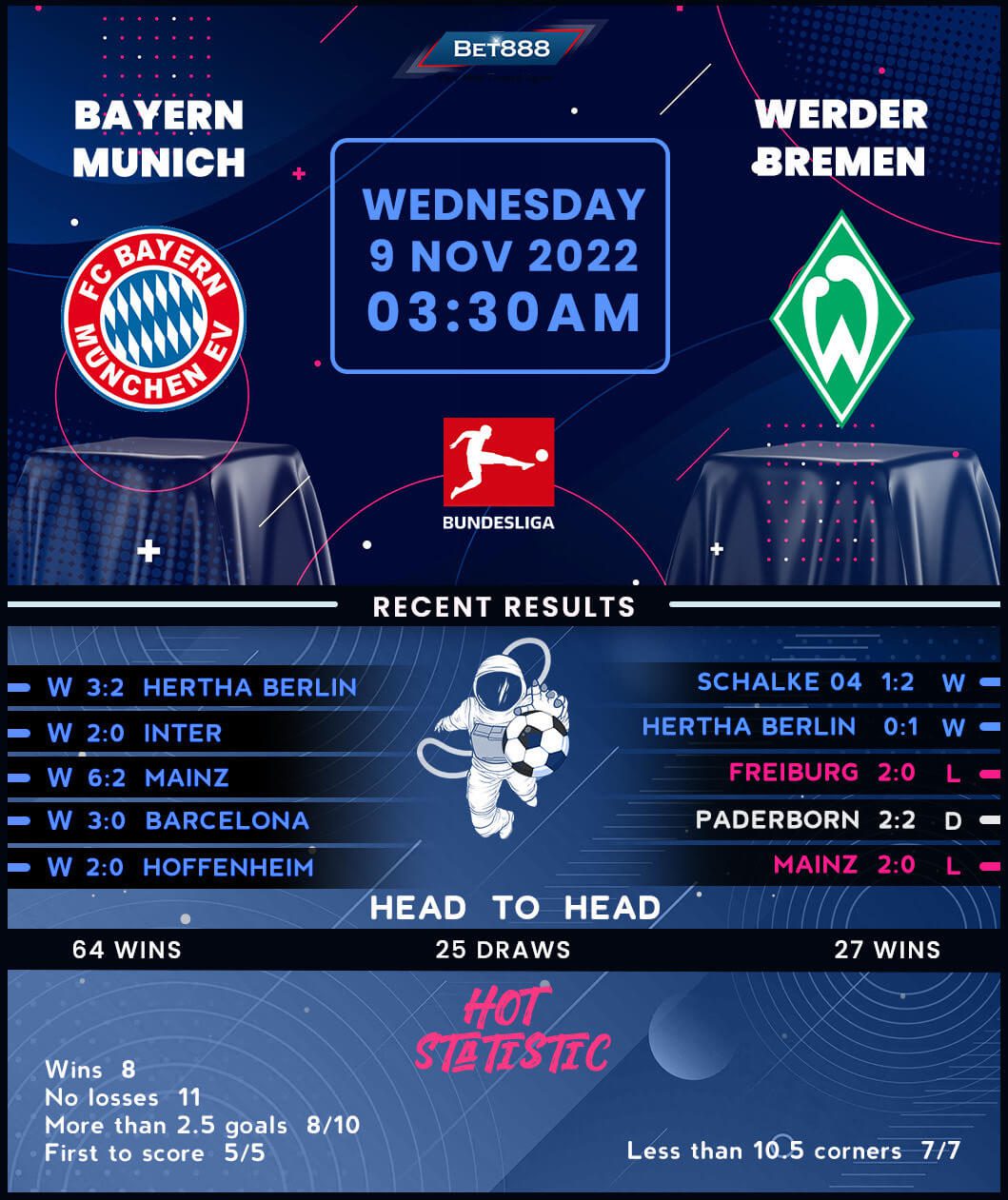