Bayern Munich and Barcelona are set to square off in a mouth-watering Champions League group stage fixture at the Allianz Stadium as Robert Lewandowski comes back to Bavaria as an adversary.

Bayern Munich got their Group C campaign off to a flyer, overcoming last season’s Serie A runners-up Inter Milan 2-0 on hostile turf to set the tone for a potential fifth successive Champions League group stage triumph. On top of that, the ‘Bavarians’ have suffered just one defeat in their last 37 home outings in the competition’s group phase (W35, D1), courtesy of a 3-2 loss to Manchester City in December 2013. However, Bayern’s stuttering start to their Bundesliga title defence, featuring an underwhelming run of three successive league draws, casts doubt on their bid to maintain a 100% win ratio in the Champions League group stage H2Hs (W4). Indeed, Julian Nagelsmann’s men have won eight of their 11 previous Champions League clashes against Barcelona (D1, L2), including the last four on the bounce.

In the meantime, led by former Bayern talisman Lewandowski, Barcelona will be out to avenge a pair of 3-0 H2H defeats in last season’s Group E that condemned them to their first group stage elimination in 17 years. Unlike in 2021/22, the ‘Blaugrana’ are seemingly back to their usual best this term, as witnessed by their ongoing five-match winning streak across all competitions, including a 5-1 thumping of Viktoria Plzen in their Group C curtain-raiser. It’s worth mentioning that Xavi Hernandez’s lads netted 3+ goals in each of those five triumphs, bolstering their hopes of taking home their first-ever European win away to Bayern. Adding to this sentiment, Barcelona have scored at least three goals in all three competitive away outings this season, averaging 3.66 per match. 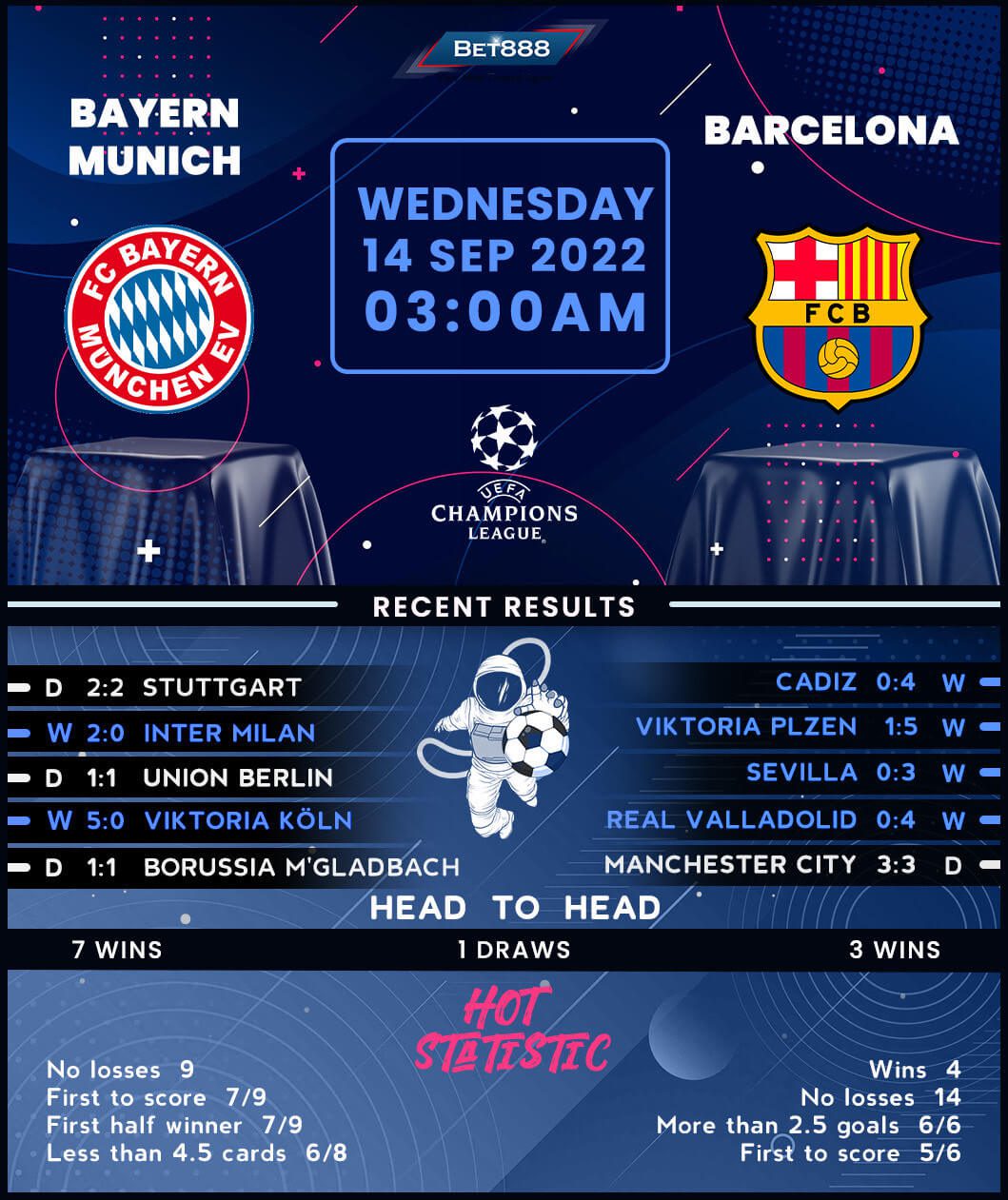