Bayer Leverkusen and Wolfsburg are set to trade tackles at the BayArena in one of the most amusing Bundesliga match-ups this weekend.

Since a scintillating 4-0 romping of Schalke on Xabi Alonso’s touchline debut, Bayer Leverkusen have returned to their old habits, losing back-to-back competitive games via an aggregate score of 8-1, including a 5-1 demolition at the hands of Eintracht Frankfurt last time out. Leverkusen’s thoroughly disappointing ten-game Bundesliga start (W2, D2, L6) marks their worst points tally (8) at this stage of a top-flight season since 1982/83. With Wolfsburg arriving at the BayArena, ‘Die Werkself’ will be desperate to knock them down from a four-match winning H2H streak at this venue and win back-to-back home league matches for the first time since the tail-end of last season. Indeed, the abovementioned triumph over Schalke halted Leverkusen’s abysmal four-match winless home league start (D3, L1). It was also their first Bundesliga clean sheet at the BayArena since mid-May.

On the other hand, Wolfsburg played out an eye-catching 2-2 draw with Borussia Monchengladbach at home last weekend, extending their unbeaten Bundesliga streak to three matches (W1, D2). ‘Die Wolfe’ subsequently overcame Eintracht Braunschweig 2-1 in midweek DFB-Pokal action to bolster their spirits ahead of this trip. Playing on the road has not been Wolfsburg’s strong suit this season by any stretch of the imagination, with Niko Kovac’s men picking up just one triumph across five league travels to this point (D1, L3). Much of their poor away form has emanated from an uneventful frontline that has managed a paltry average of 0.4 goals per away league game this term, with no side scoring fewer Bundesliga goals on the road than Wolfsburg (2). 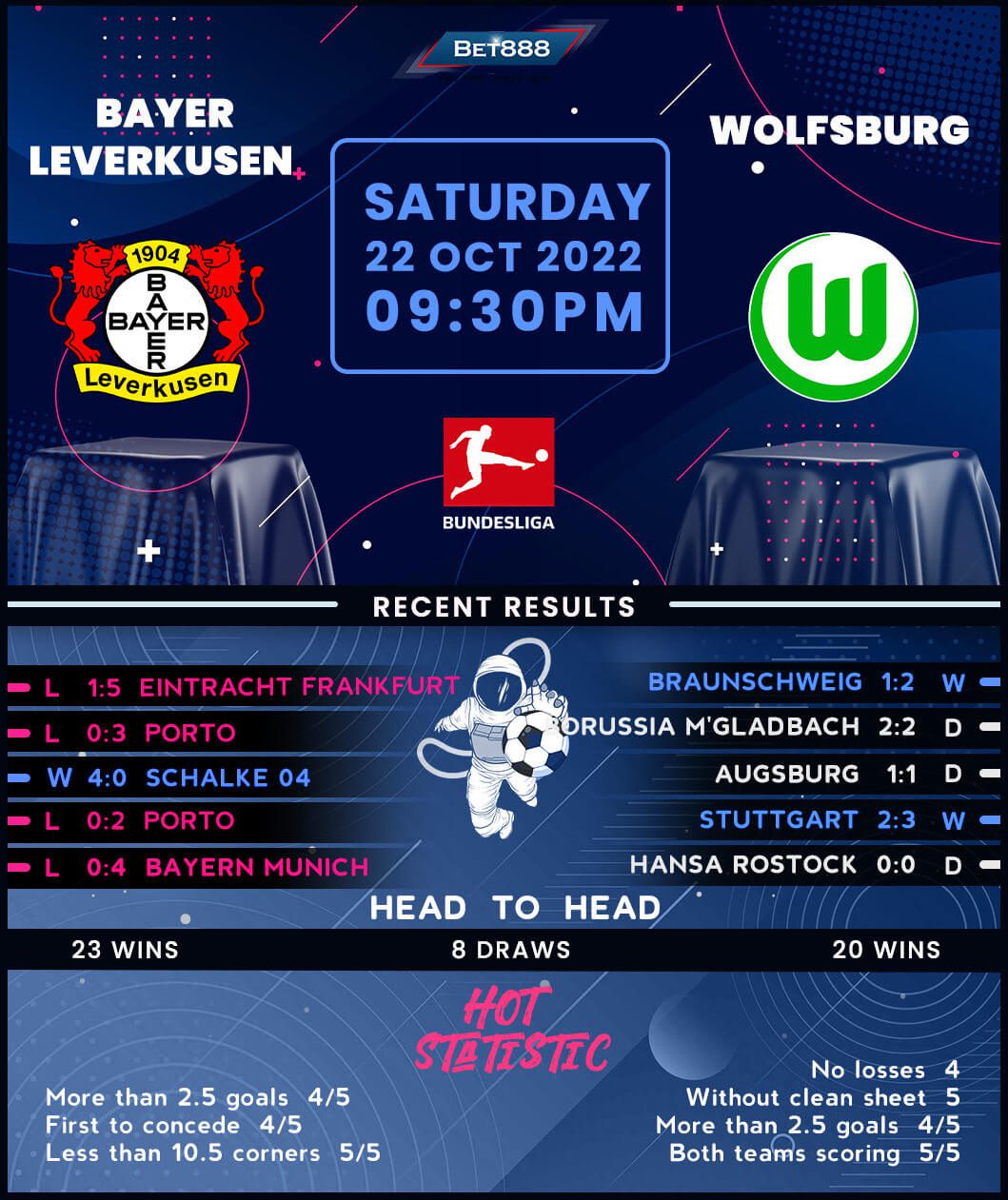