Bayer Leverkusen will be aiming to stay on the upwards trajectory when they take on dead-last Greuther Fürth in what appears to be a straightforward Bundesliga task for the hosts.

Bayer Leverkusen have turned their Bundesliga fortunes around since club football returned to action in mid-November, going from four consecutive league matches without a win (D2, L2) to back-to-back victories, including a 3-1 downing of RB Leipzig last time out. Still, with Freiburg and TSG Hoffenheim breathing down their necks, ‘Die Werkself’ cannot afford to make a mistake against a Greuther side they’ve never conceded to in a top-flight H2H (W1, D1). Gerardo Seoane’s men have yet to draw a Bundesliga home match this season (W3, L3), with four of those results (win/loss) witnessing the winner on the day keep a clean sheet. So scoring first could be of the essence, but after drawing a blank in the first half across their of their last four home league fixtures, Leverkusen will be concerned over their deadlock-breaking prospects.

As for Greuther Fürth, a humiliating 6-3 home loss to Hoffenheim last time out left them rooted to the foot of the Bundesliga table with a single point from the opening 13 rounds (D1, L12). Already bracing themselves for a swift return to the second tier, the visitors will at least hope to keep some dignity after losing their opening seven Bundesliga away games by an aggregate score of 24-5. Particularly vulnerable after half-time, the ‘Kleeblätter’ have shipped a league-high 15 second-half goals away from home this season. Indeed, lapses of concentration in the later stages of play have seen them concede at least once beyond the 75th minute in six of their seven Bundesliga road trips to date. Among the current Bundesliga sides, Fürth’s run of eight consecutive away league defeats is the worst ongoing such streak. 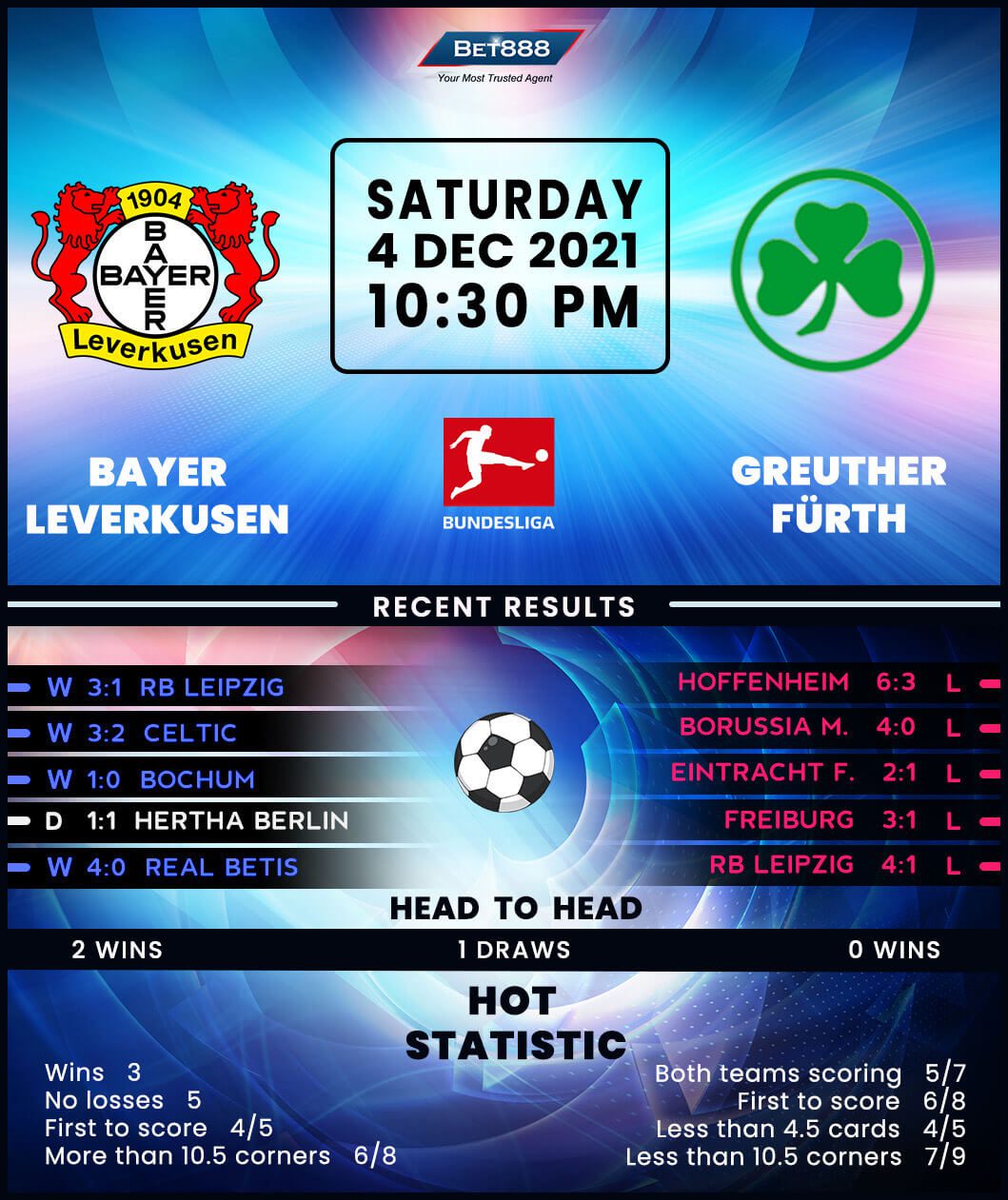