BayArena is the venue as Bayer Leverkusen and Celtic go head-to-head in an exciting UEFA Europa League Group G encounter.

Despite their topsy-turvy start to this Bundesliga season under new manager Gerardo Seoane, Bayer Leverkusen have been nothing short of outstanding in the Europa League so far (W3, D1). After going unbeaten in their opening four Group G matches and scoring an average of 2.75 goals per game, ‘Die Werkself’ will progress into the competition’s knock-outs if they avoid defeat here. Back-to-back competitive home victories ‘to nil,’ coupled with an emphatic 4-0 triumph in the reverse fixture back in September, justify Leverkusen’s status as pre-match favorites. Adding to this sentiment, the German heavyweights haven’t lost a single home match in the Europa League group stage (W11, D3), notably defying a -2 handicap in four of their last five such contests (W5).

Meanwhile, the visitors have gone from a dreadful Europa League start that saw them lose their first two matches by an aggregate score of 8-3 to securing a comfortable Group G double over Ferencvaros in the last two matchdays. Sat one point adrift of second-placed Real Betis ahead of the penultimate round of fixtures, the Scottish giants can ill-afford to drop the points in Germany if they are to remain in contention for the Europa League knock-outs. Any hopes of staging an upset at BayArena will hinge on Celtic’s ability to shore up their defensive leaks after conceding the joint-most ten goals across the first four Europa League matchdays. The ‘Bhoys’ have enjoyed a noticeable upturn in form since being thrashed by Leverkusen in the reverse H2H, racking up eight wins from their subsequent nine competitive outings (D1). 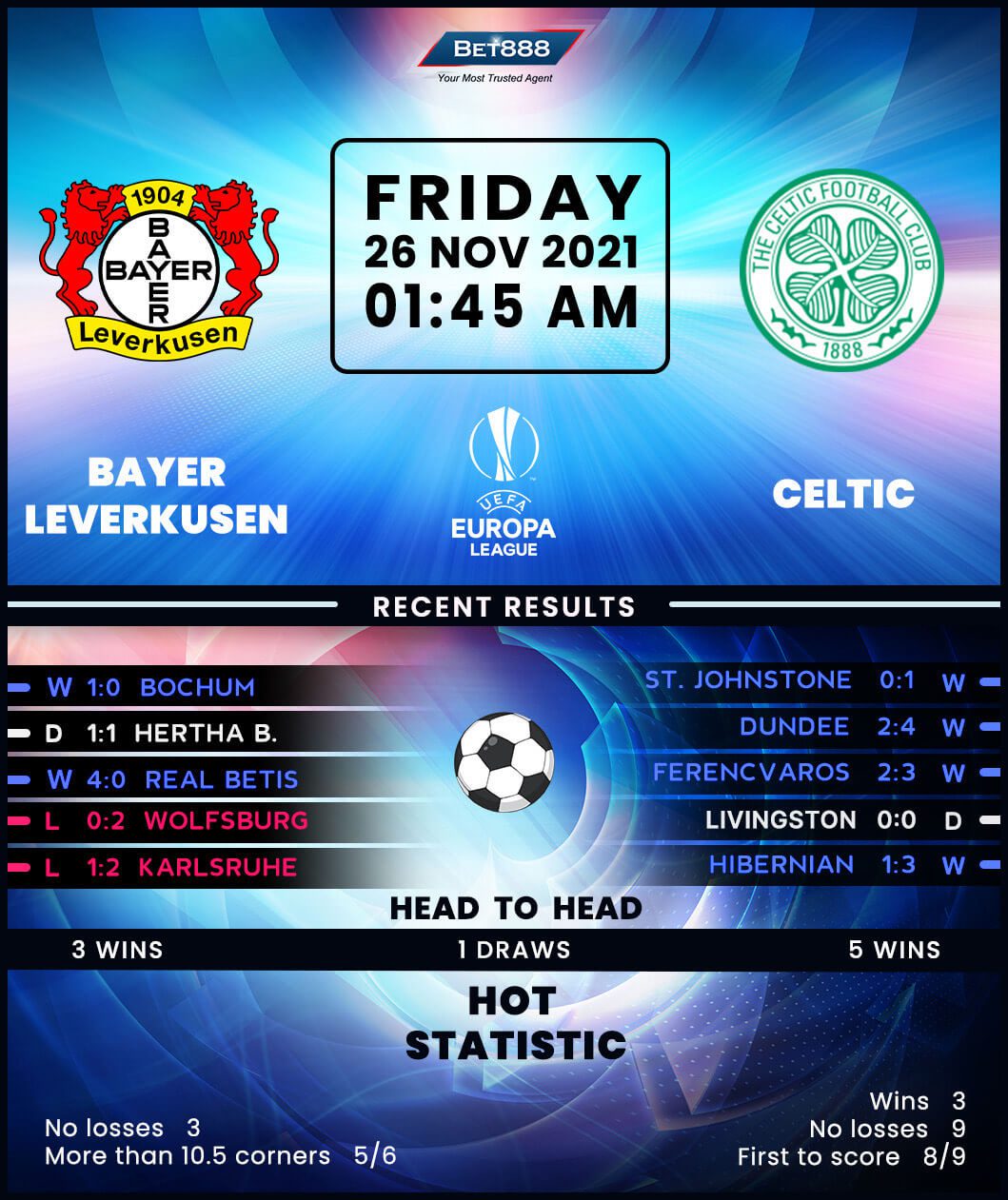 Old Trafford is the venue as Manchester United and Crystal Palace go head-to-head in a highly-anticipated Premier League encounter. The…