Barcelona and Viktoria Plzen are set to lock horns at the Spotify Camp Nou in their opening Champions League Group C showdown.

In the meantime, visiting Viktoria Plzen embark on their fourth appearance in the Champions League group stages but first since 2018/19 in high spirits. Going into this encounter, Michal Bilek’s men have strung together a club-record 34-match unbeaten run across all competitions (W25, D9), including five victories in six Champions League qualifying fixtures (D1). Though those games came against lesser-ranked teams, that takes nothing away from Plzen’s legitimate attempt to defy their status as whipping boys in this ‘group of death.’ The first step requires the reigning Czech Republic champions to arrest an underwhelming record of four defeats on Spanish soil, three of which saw them draw a blank. That might be easier said than done, considering the Czechs have lost both previous Champions League meetings with Barcelona via 2+ goals ‘to nil.’ 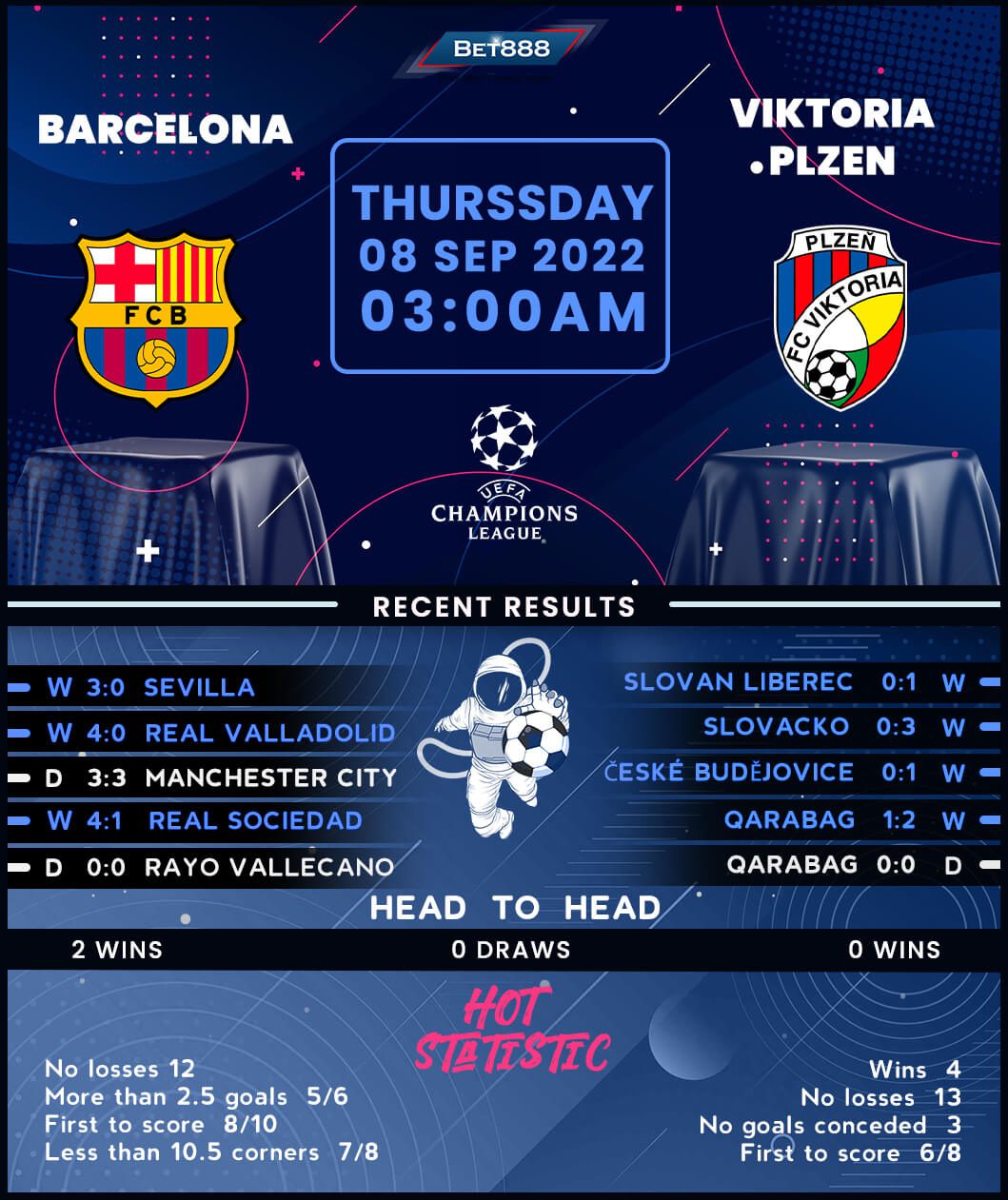