Back to La Liga following a 4-2 thumping of Viktoria Plzen in midweek Champions League action, Barcelona play host to newcomers Almeria at the Spotify Camp Nou.

Despite putting the Czech Republic champions to the sword, Barcelona can now turn their attention to La Liga as they won’t participate in the Champions League knockouts. It could improve their bid to lift their first La Liga title since 2018/19, with only one point separating them from table-topping Real Madrid ahead of this round. Since losing 3-2 at the Santiago Bernabeu, Xavi Hernandez’s men have gone into overdrive, winning three consecutive league games via an aggregate score of 8-0, including a brace of victories over Athletic Bilbao and Villarreal by 3+ goals ‘to nil.’ Delivering action from the get-go, Barcelona netted precisely three first-half goals on both occasions. Equally impressive in defence, they’ve kept a league-high ten clean sheets in La Liga this term.

In the meantime, Almeria’s problems with inconsistent performances have seen them alternate between winning (3) and losing (3) across their last six La Liga outings. However, since a 1-1 draw at Elche on their first top-flight travel in 2022/23, the visitors have lost five away league games in a row, failing to get on the scoresheet three times in that sequence. Interestingly, Rubi’s men have registered a clear majority (67%) of their La Liga goals this season in the first half of play (10/15), suggesting they could do some harm to Barcelona’s watertight backline early on. But ‘Los Almeriensistas’ have lost all six La Liga visits to Camp Nou, conceding 3+ goals on the last three! 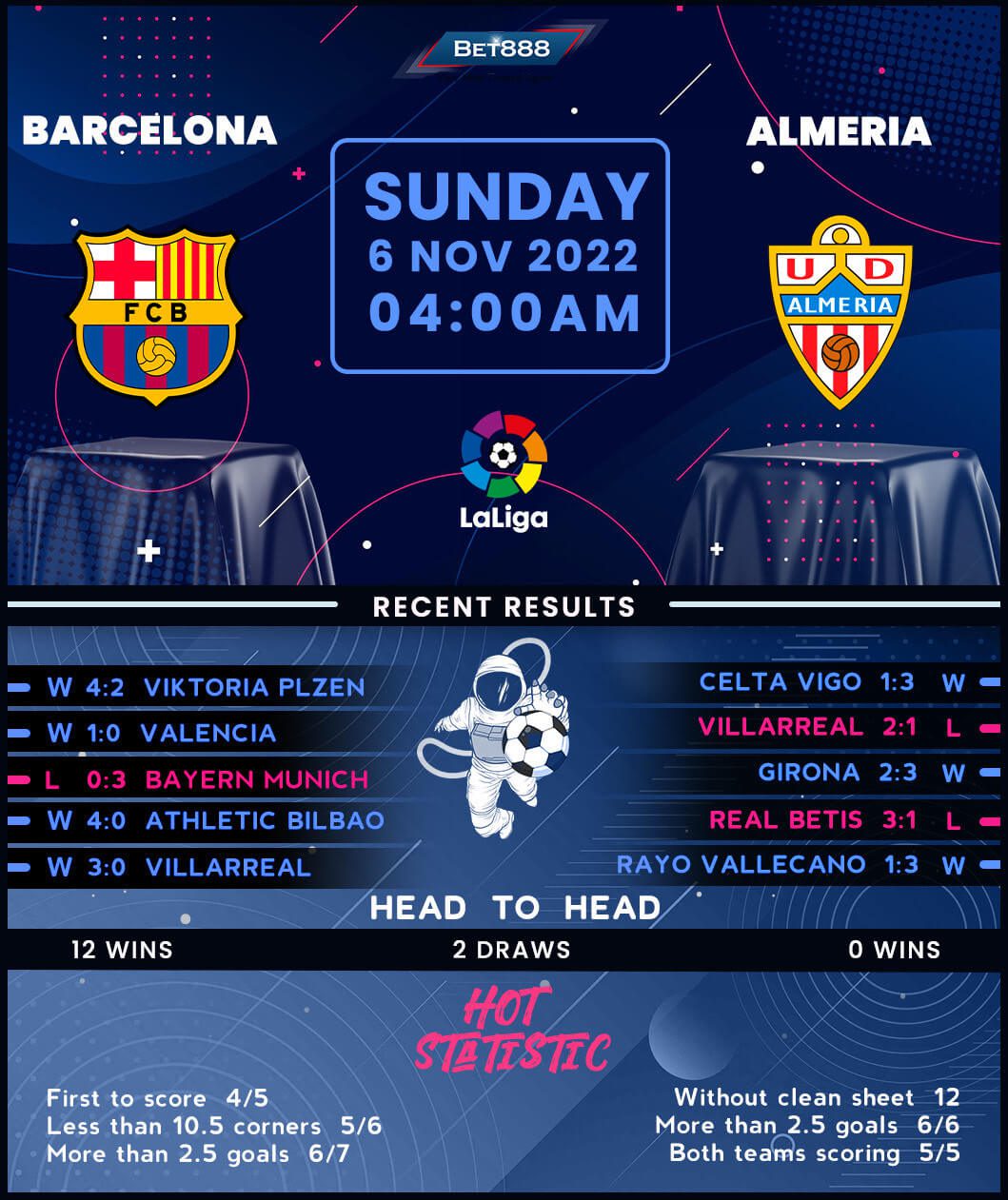