Bali United’s bid to remain in the Indonesian Liga 1 title race continues at the Kapten I Wayan Dipta Stadium as they take on relegation-threatened PSS Sleman.

Bali United squandered a golden opportunity to go alone at the Liga 1 summit last time out as they wasted a 1-0 second-half lead in a morale-crippling 3-1 home defeat to fellow title hopefuls Borneo. After seeing their promising run of three league victories on the spin go out of the window, the two-time Indonesian champions will fall back on their imperious H2H league record against Sleman. Barring a tepid 0-0 draw in November 2019, the ‘Tridatu Warriors’ have won all three remaining top-flight encounters against Sleman, including the last two without conceding. That sounds comforting, especially as they’ve suffered two defeats in three home league outings ahead of this clash (W1).

As for PSS Sleman, an underwhelming 1-0 home loss to PSIS Semarang in the previous Liga 1 round took their lackluster league form to six matches without winning (D1, L5), pushing them down to the relegation zone. Level on points with 15th-placed Bhayangkara Solo, they can steer away from danger at the end of this round if results go their way. But to hold up their end of the bargain, the visitors must overcome a worrying four-match winless league run on the road (D2, L2). That’s easier said than done, with the ‘Super Java Eagles’ failing to find the back of the net three times during that period. On top of that, they’ve lost both previous top-flight visits to Bali United via an aggregate score of 4-1. 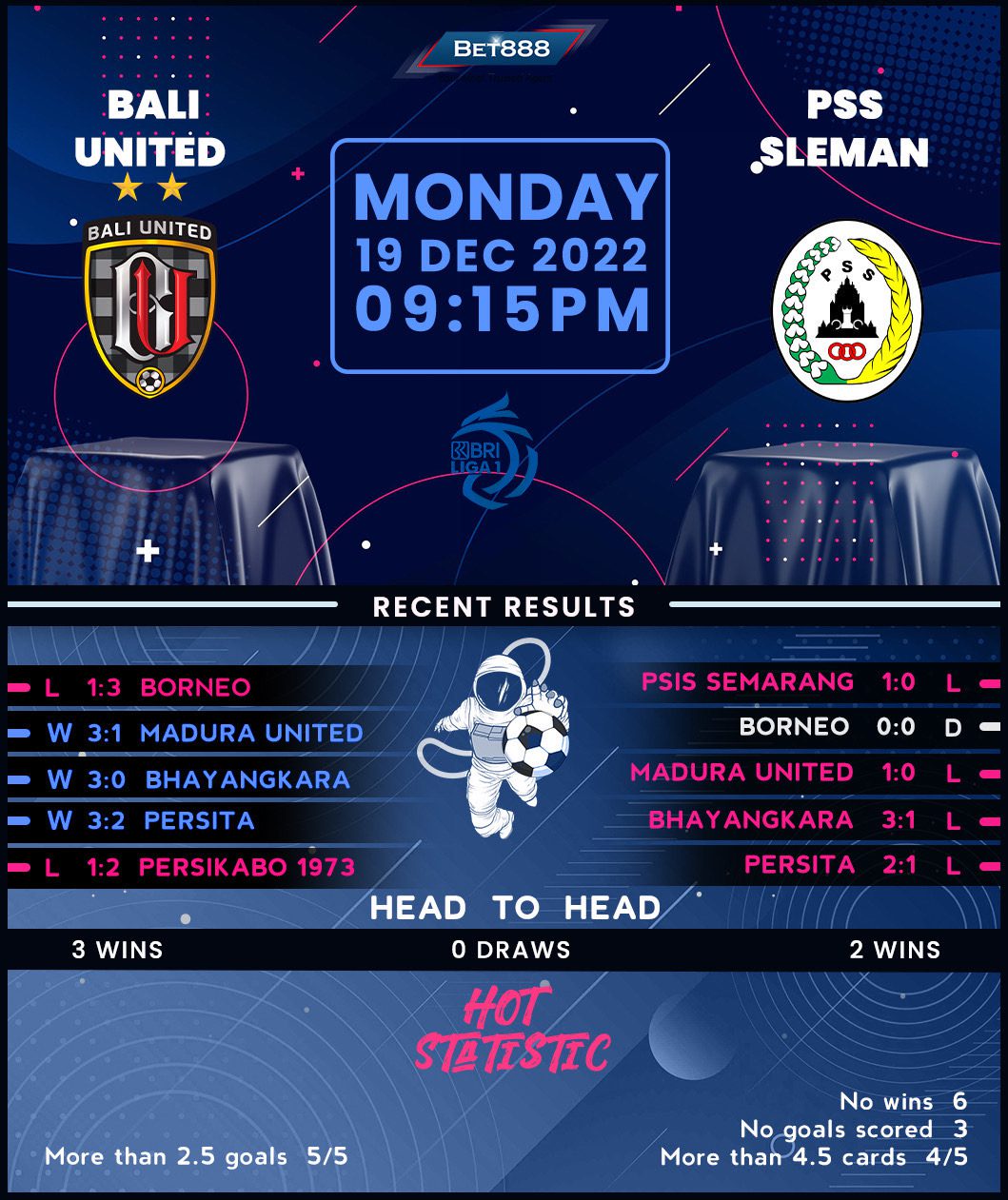