Kapten I Wayan Dipta Stadium forms the backdrop for a top-table Indonesia Liga 1 six-pointer between Bali United and Borneo.

Despite falling behind 14 minutes into their weekend trip to Madura United, Bali United turned the game on its head, claiming a comfortable 3-1 victory to cement their place at the top of the Liga 1 standings. Despite winning three consecutive league matches following a disappointing run of back-to-back defeats, the ‘Tiradu Warriors’ can ill-afford to rest on their laurels. With only one point separating them from second-placed PSM Makassar, a potential slip-up here would likely result in surrendering the top place at the end of this round. However, Stefano Cugurra’s men have fared well on home turf this season, racking up five wins from seven home league fixtures (L2). Indeed, they have won three of their last four such match-ups by 3+ goals ‘to nil,’ averaging a staggering 4.33 goals per game.

On the other hand, visiting Borneo have blown hot and cold across their last seven league outings (W2, D3, L2) but are still in the title picture. Keen to bounce back from a tepid 0-0 home draw with PSS Sleman, they head to Bali looking to take all three points and their hosts’ place in the Liga 1 table. But to do that, the ‘Our Dolphin’ will have to defy a two-game winless H2H league streak against this opposition (D1, L). On a more positive note, Borneo strolled to an overwhelming 4-2 victory at PSIS Semarang on their most recent top-flight travel, ending a disastrous run of three winless away matches (D1, L2). Borneo’s defensive woes remain an issue, with Andre Gaspar’s side failing to keep a clean sheet in any of their last seven competitive games on hostile turf. 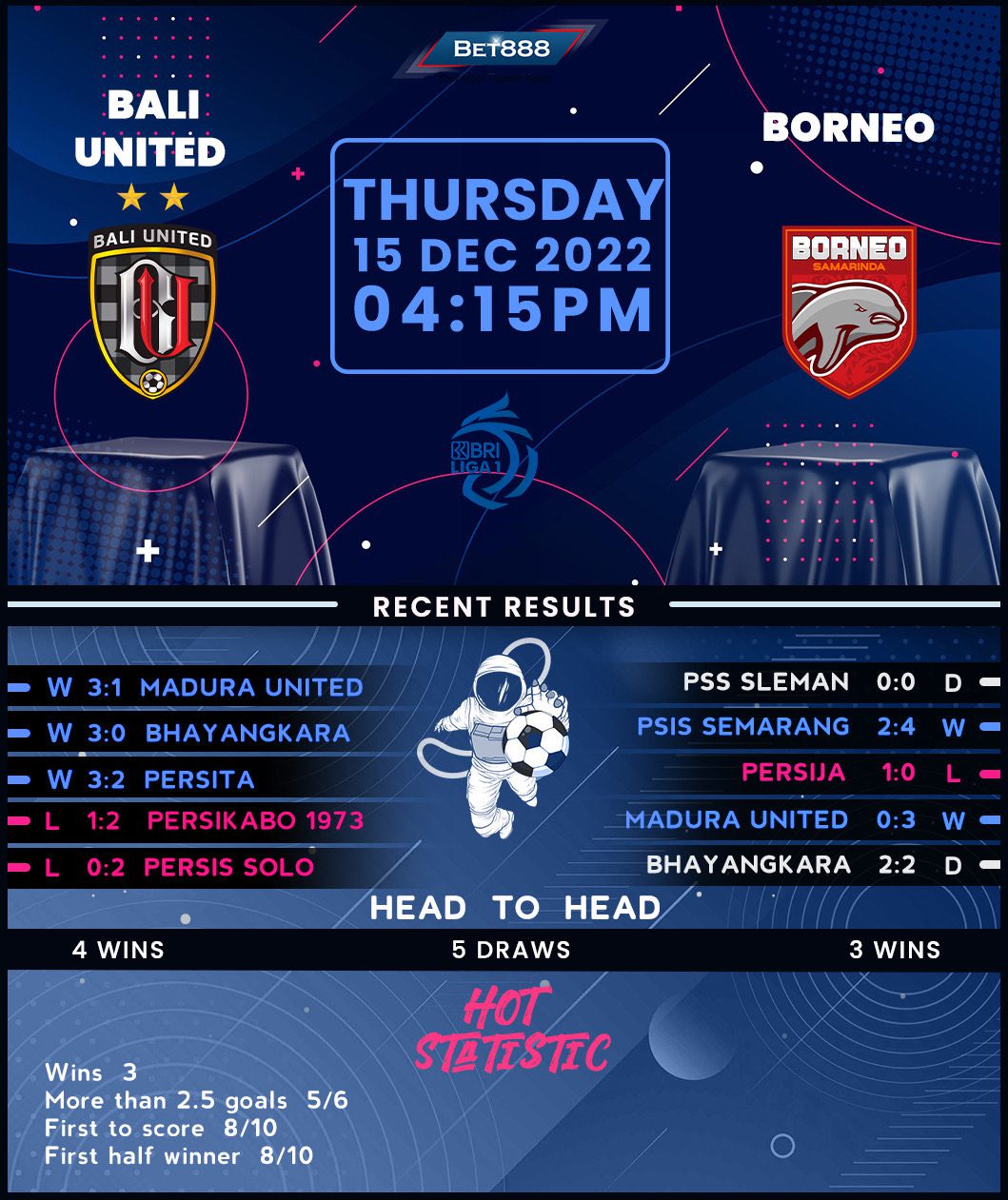