The 2022 World Cup contestants Serbia take a trip to the Stād al-Bahrayn al-Watanī to meet Bahrain in their ultimate warm-up game.

Another World Cup qualifying cycle produced the same story for Bahrain as they failed to advance to the final tournament for the first time in the nation’s history. Despite only losing once in eight matches in the second stage of the Asian qualifiers (W4, D3), the ‘Pearl Divers’ waved goodbye to their Qatar bid in June 2021. But they have been fairly impressive in 2022, racking up nine victories across their 14 international fixtures (D1, L4), prevailing via a narrow one-goal margin six times in that period. However, Helio Sousa’s men were knocked off their perch in September, with Cape Verde and Panama beating them in succession before an enthralling 2-2 draw with Canada last time out settled their nerves.

Unlike their rivals, Serbia pulled out a rabbit of the hat on the final UEFA qualifying matchday to beat Portugal 2-1 in Lisbon and book tickets for a second successive World Cup finals. Dragan Stojkovic’s men have built on this outstanding achievement by claiming a top spot in the 2022/23 UEFA Nations League Group B/4, securing promotion to League A. Despite losing 1-0 to Norway in a curtain-raising fixture in March, the Serbs went from strength to strength in the five remaining group rounds (W4, D1) to seize the top spot. It’s worth noting that three of their four wins in that run yielded multi-goal margins, suggesting Bahrain’s porous backline could be in for a long day. 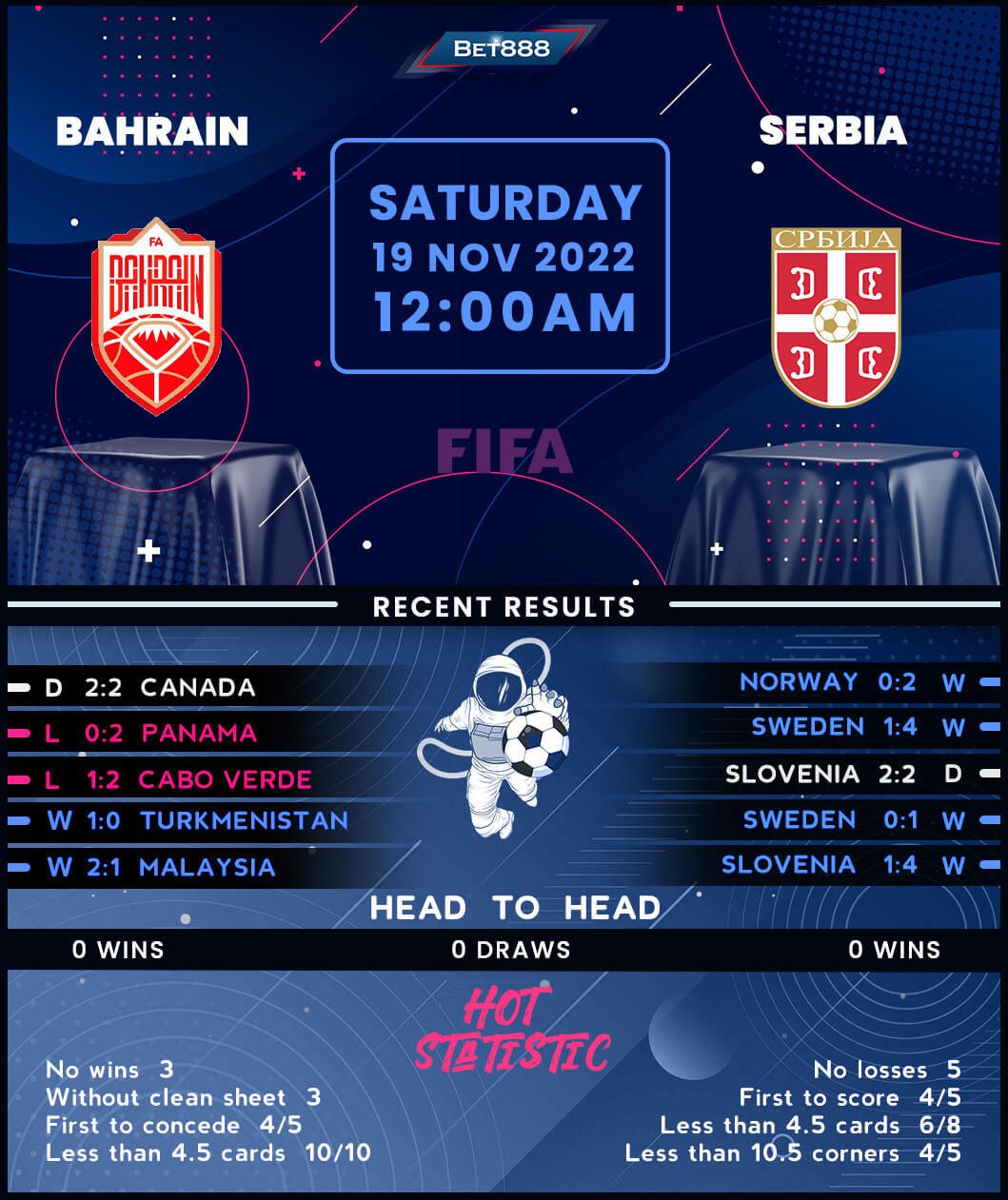