A 3rd-place finish in the Austrian Bundesliga last season qualifies Austria Vienna for the Europa League playoff tie as they look to reach the competition’s group stages for the first time since 2017/18. Since the tournament was rebranded over a decade ago, they have featured in five playoff ties, losing just one home leg in that span (W2, D2). It’s worth noting that the Austrians have progressed from their last three Europa League playoff ties. However, Manfred Schmid’s men have blown hot and cold across five competitive outings this season (W2, D1, L2), with a 2-1 home triumph over Tirol ahead of this clash ending their underwhelming streak of three winless games.

In the meantime, Fenerbahce’s European journey kickstarted in the Champions League second qualifying round, but Dynamo Kiev’s 2-1 aggregate triumph crossed them over to the Europa League playoffs (0-0 A, 1-2 H). Last season’s Super Lig runners-up eased past Czech Republic minnows Slovacko in the previous qualifying round (3-0 H, 1-1 A) and are potentially 180 minutes away from reaching the Europa League group stages for the second season running. Jorge Jesus’ men have yet to concede a goal across three road trips this season (W1, D2), indicating they could be hard to crack open. Moreover, a 6-0 thumping of Kasimpasa last time out proves they can be too hot to handle up top. 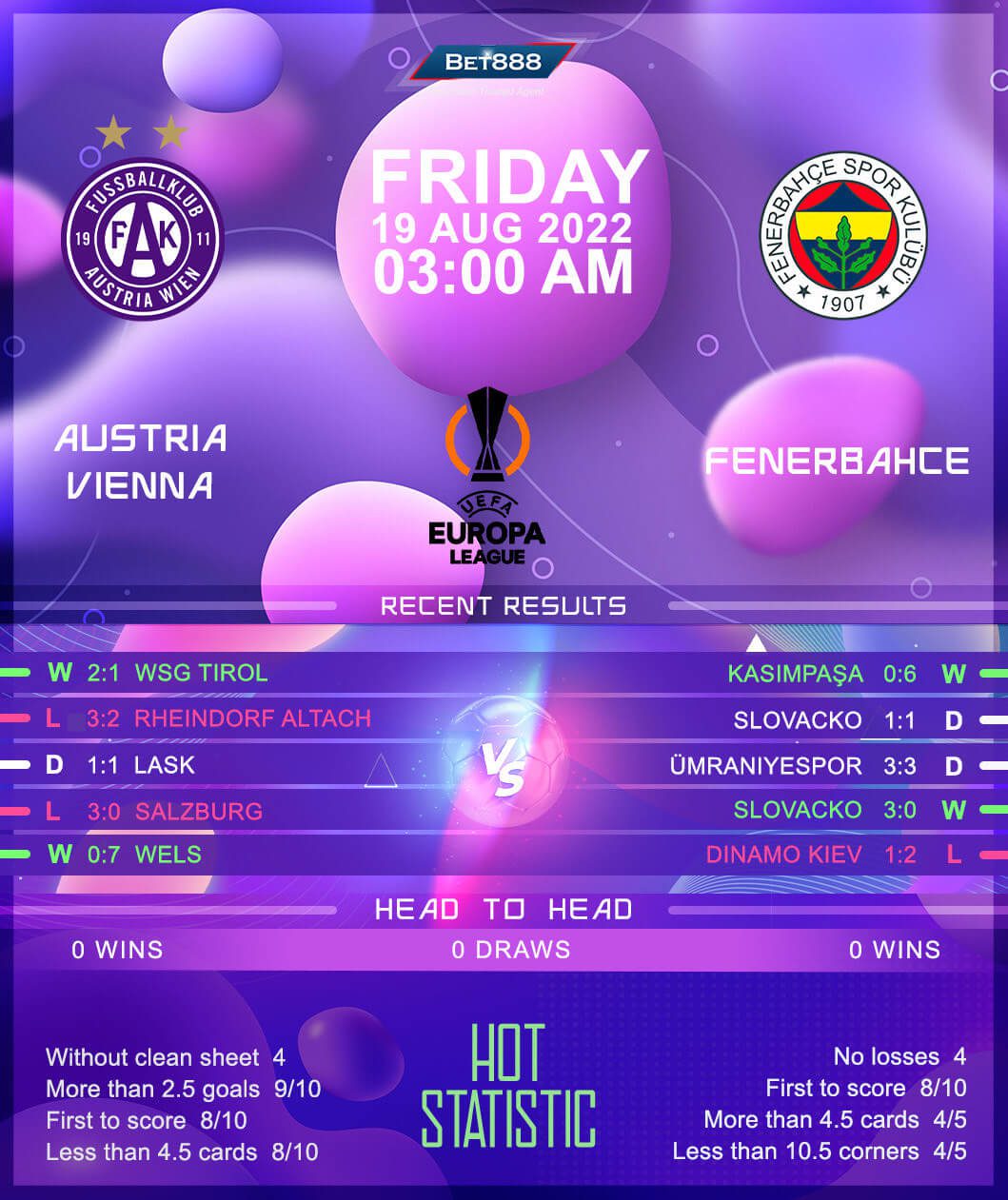