Augsburg needed Michael Gregoritsch’s 97th-minute equalizer to salvage a point in a 1-1 draw with fellow relegation strugglers Hertha Berlin last time out, failing to build upon a stunning 2-1 home win over Bayern Munich on Bundesliga Matchday 12. Coming back to the WWK Arena comes in handy, as the ‘Fuggerstädter’ have gone from a two-game losing home start to this Bundesliga campaign to going unbeaten in their last four top-flight games at home (W3, D1). Indeed, far more comfortable at home, Markus Weinzierl’s men have returned all three Bundesliga wins this season at the WWK Arena, prevailing by a single-goal margin on two occasions. After stringing together two straight home league wins, Augsburg could make it three top-flight home triumphs in a row for the first time since December 2019.

On the other hand, Bochum’s ‘all or nothing’ approach has seen just one of their 13 Bundesliga games this season end as a draw (W5, L7), courtesy of a scoreless home stalemate with Stuttgart in late September. However, a lack of consistency continues to hinder Bochum’s momentum, with ‘Die Unabsteigbaren’ alternating between victory and defeat across their last five league outings (W3, L2). Since four of their previous six Bundesliga results (win/loss) yielded a full-time margin of a single goal, this could be a tight, evenly-contested fixture. Worryingly, though, Bochum have suffered six defeats in their last seven Bundesliga matches away from home. The signs are ominous, as Bochum eventually failed to preserve their Bundesliga status across both previous top-flight campaigns when losing six of their inaugural seven league travels. 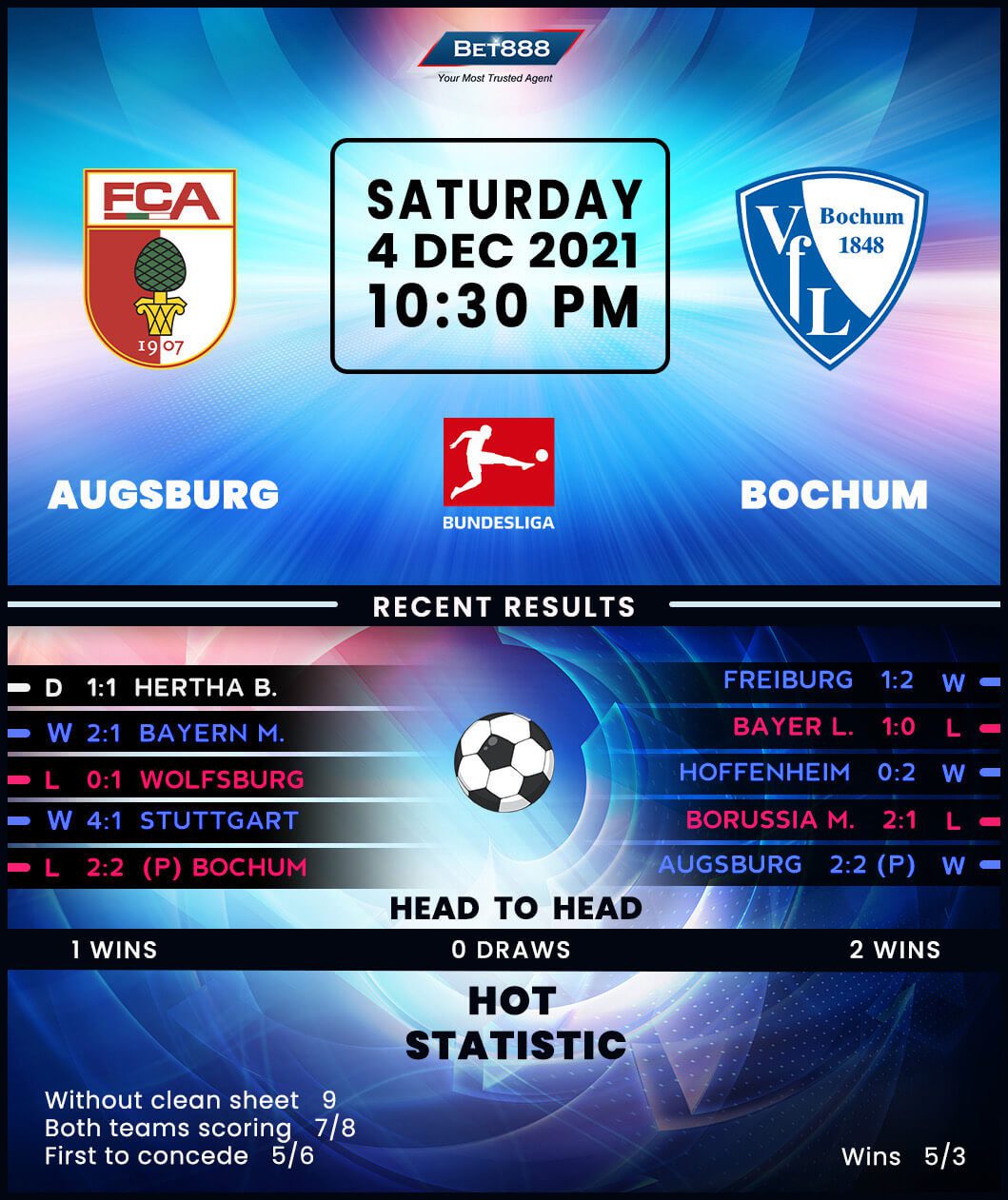