Metropolitano Stadium is the venue as Atletico Madrid and Porto meet in the Champions League group stages for the second season running.

Diego Simeone’s troops are carrying an underwhelming four-match La Liga form (W2, D1, L1) into this Champions League fixture. Last season’s third-place La Liga finish and a disappointing Champions League quarter-final exit came as a consequence of Atletico Madrid’s growing defensive problems. Having slumped to only a tenth-best clean sheet record in the 2021/22 La Liga season, ‘Los Colchoneros’ continue to struggle defensively this term. In addition to a 1-1 draw away to Real Sociedad at the weekend, the Spaniards succumbed to a 2-0 defeat to Villarreal in their most recent home league outing. That’s a bad omen, as they’ve failed to win any of their last eight home matches in the Champions League (D5, L3), setting an unwanted record for Spanish clubs in the competition’s history.

As for Porto, last season’s Primeira Liga success was no fluke, as Sergio Conceicao’s men have racked up four wins from five league fixtures this term (L1). Interestingly, this will be Porto’s 26th participation in the Champions League group stages, with only Barcelona and Real Madrid boasting more. After last season’s group phase exit, the ‘Dragons’ are keen to avoid back-to-back eliminations at this stage for the first time in the 21st century. Winning the opening game could be what the doctor ordered, yet they’ve gone winless in a curtain-raising Champions League contest across their last six appearances in the competition (D4, L2). Moreover, the Portuguese giants have managed just one win in their five previous UEFA-sanctioned visits to Atleti (D2, L2). 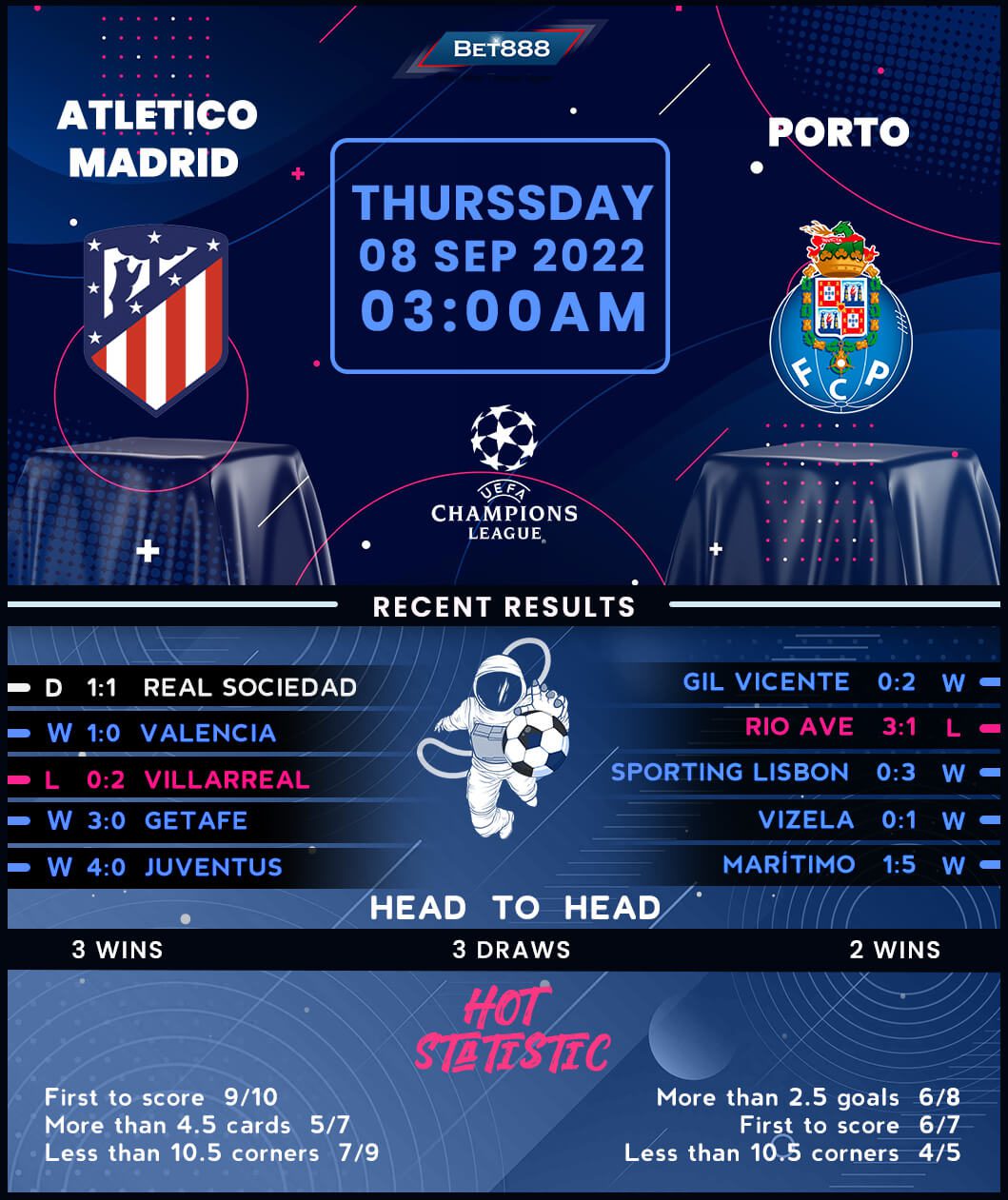