Atletico Madrid will be looking to stay within touching distance of La Liga pacesetters Real Madrid when they take on lowly Mallorca at the Estadio Wanda Metropolitano.

Although a 4-1 thumping of Cadiz on the road last time out extended Atletico Madrid’s unbeaten run in La Liga to seven matches (W4, D3), they are still seven points adrift of league-toppers Real Madrid. Yet, with a game in hand over cross-town rivals, Atletico’s title defense is still on, as they aim for a third league win in a row for the first time this season. Wanda Metropolitano has been a fortress this season, with ‘Los Rojiblancos’ going unbeaten in their seven top-flight matches here so far (W4, D3). Their undefeated home record is likely to go on, considering they’ve kept Mallorca winless in their previous eight top-flight H2Hs as hosts (W3, D5), winning the last two in a row without conceding. They’ve never won three consecutive home H2Hs ‘to nil’ in the competition.

In the meantime, Mallorca have drawn 46.67% of their La Liga fixtures this season (7/15), including five of the last six (L1), only one of which ended ‘nil-nil.’ Since beating Levante 1-0 at home in early October, they’ve gone winless in seven league games (D5, L2), dropping to 14th in the table, only four points clear of 18th-placed Cadiz. Their underwhelming form could hit a new low as they go up against a side they’ve defeated just once in 13 La Liga H2Hs away from home (D5, L7), courtesy of a narrow 1-0 win in April 2006. A run of six league travels without a victory (D2, L4) douses any embers of optimism when it comes to a possible upset in Madrid. ‘Los Piratas’ have at least been fun to watch, with three of their last five away league fixtures seeing over 3.5 goals and both teams scoring. 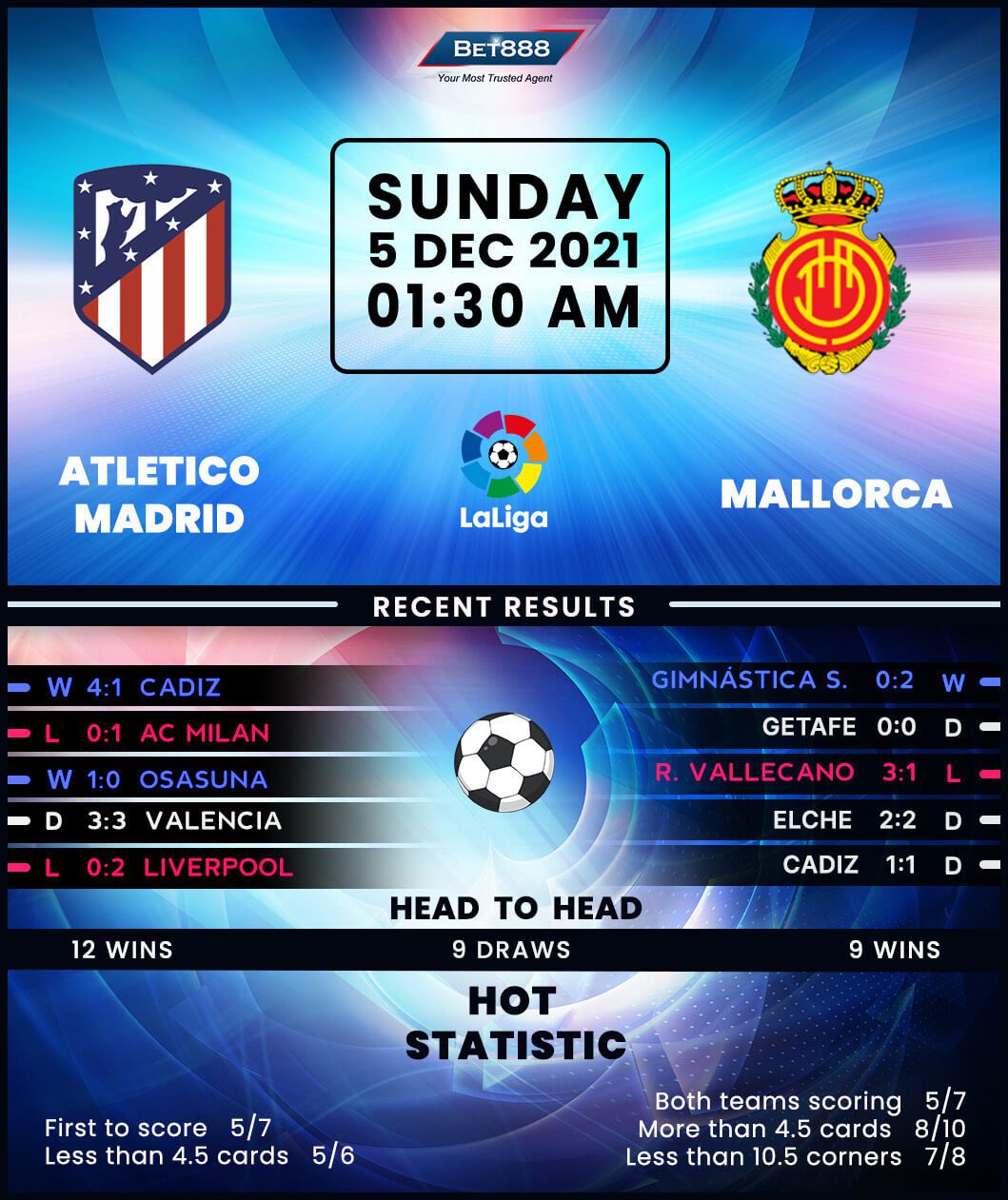