After crashing out of the Champions League group stages for the first time since 2017/18, Atletico Madrid play host to Espanyol at the Metropolitano Stadium in a must-win La Liga fixture.

Diego Simeone’s side fell to a 2-1 defeat at Porto in midweek Champions League action, condemning themselves to a bottom-place finish in their group. Without the distraction of European football for the rest of the season, Atletico Madrid can turn their attention to La Liga, where they lost 3-2 to warm relegation candidates Cadiz last weekend. With top-placed Real Madrid already nine points away, a battle for the title looks far-fetched for ‘Los Rojiblancos.’ But the first step towards reigniting their top-place pursuit is to improve an indifferent five-game home form in La Liga this term (W2, D1, L2). For years, Simeone’s men have been one of Europe’s finest defensive units, but they’ve yet to keep a single clean sheet at home this season.

In the meantime, Espanyol head into proceedings winless in three consecutive league matches (D2, L1) since a narrow 1-0 home win over Valladolid in mid-October. Level on points with 18th-placed Cadiz, ‘Los Periquitos’ are on the verge of a season-long fight against the drop unless they find their feet away from home. Since their only La Liga win on the road at Athletic Bilbao in early September, Diego Martinez’s men have alternated between drawing (2) and losing (2) across their last four league travels. Espanyol wouldn’t mind another share of the spoils, given the strength of their opposition, but after losing three of their last four top-flight H2Hs against Atletico (D1), that’s easier said than done. 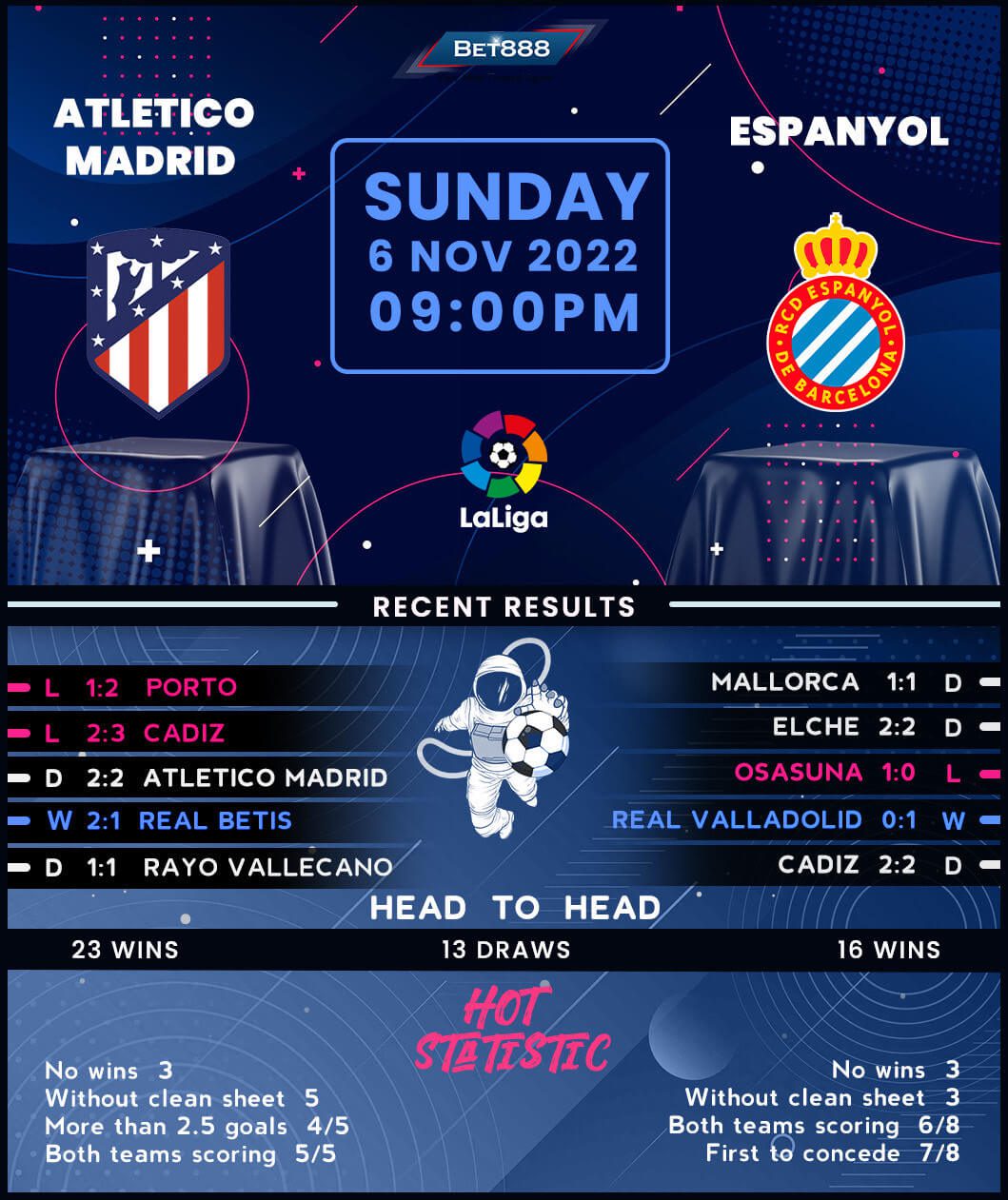