Back-to-back competitive wins by an aggregate score of 7-0 got Atletico Madrid off to a flying start to the new calendar year before an action-packed 2-2 draw at Villarreal last time out. ‘Los Rojiblancos’ recent free-scoring form contrasts their uneventful performances down the final stretch of 2021 when they scored under 1.5 goals in three consecutive outings (L3) to close it out in disarray. Despite taking the field as betting favourites, ‘Los Colchoneros’ have failed to beat Bilbao in both previous La Liga H2Hs (D1, L1), scoring just once in those games. That said, head coach Diego Simeone boasts an impressive 87% unbeaten ratio against Bilbao (W16, D4, L3), which could inspire Atletico’s hopes of becoming the third side to win the Supercopa de Espana since the introduction of the four-team format.

In the meantime, after rounding 2021 off with a 2-1 home loss to Real Madrid, Athletic Bilbao have hit the ground running in 2022, going unbeaten in all three competitive games so far (W2, D1), two of which were accompanied by a clean sheet. Though they carry a reputation as the ‘entertainment killers,’ Marcelino Garcia Toral’s men have defied that title lately, with three of their last five competitive games seeing over 2.5 goals and both teams scoring. Despite securing this trip to Saudi Arabia as Copa del Rey runners-up, Athletic have the opportunity to defend the Supercopa de Espana crown. To reach the final showpiece, ‘Los Leones’ have to overcome an Atletico Madrid side they’ve only lost to once in their last four La Liga H2Hs (W1, D2, L1). 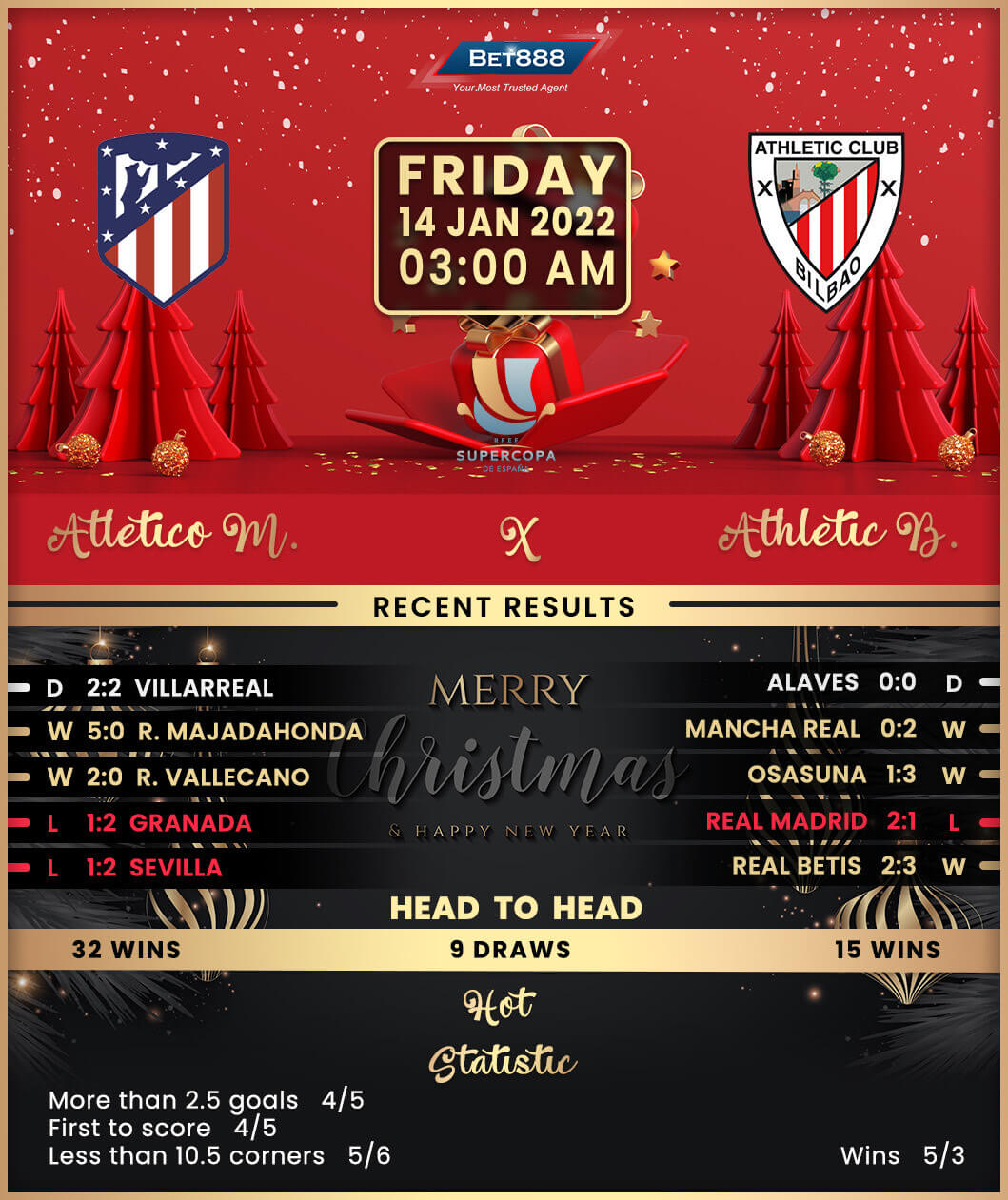