Gewiss Stadium forms the backdrop for a blockbuster top-five Serie A six-pointer between Atalanta and Inter Milan.

Despite making a staggering nine changes to the team that lost 2-1 to Napoli in the most recent league game in Bergamo, Gian Piero Gasperini failed to inspire Atalanta’s resurrection as promoted Lecce toppled his men 2-1 in midweek Serie A action. Having found themselves on the losing side in their last two home league matches, ‘La Dea’ stare down the barrel of three consecutive top-flight defeats in Bergamo for the first time in the new millennium. With no win from their last seven Serie A meetings with Inter (D5, L2), Atalanta should be wary of the prospect of entering the mid-season break as low as eighth should the results don’t go their way. The danger is imminent, especially considering the hosts’ underwhelming run of three losses from their last four league outings (W1).

On the other hand, Inter Milan bounced back from a disheartening 2-0 Derby d’Italia defeat at Juventus with a scintillating 6-1 romping of perennial mid-table tenants Bologna in midweek Serie A action. However, under-pressure manager Simone Inzaghi is not off the hook yet, as the Giuseppe Meazza chiefs still doubt his ability to navigate high-profile fixtures. Indeed, ‘I Nerazzurri’ have lost all five Serie A matches against the sides starting this round in the top eight, testifying to their tendency to collapse in high-stakes surroundings. Moreover, after drawing a blank in Turin last weekend, Inter could go back-to-back Serie A away games without scoring for the first time since April 2018. Again, that’s a realistic prospect, given that they’ve lost four of their last six away league contests (W2). 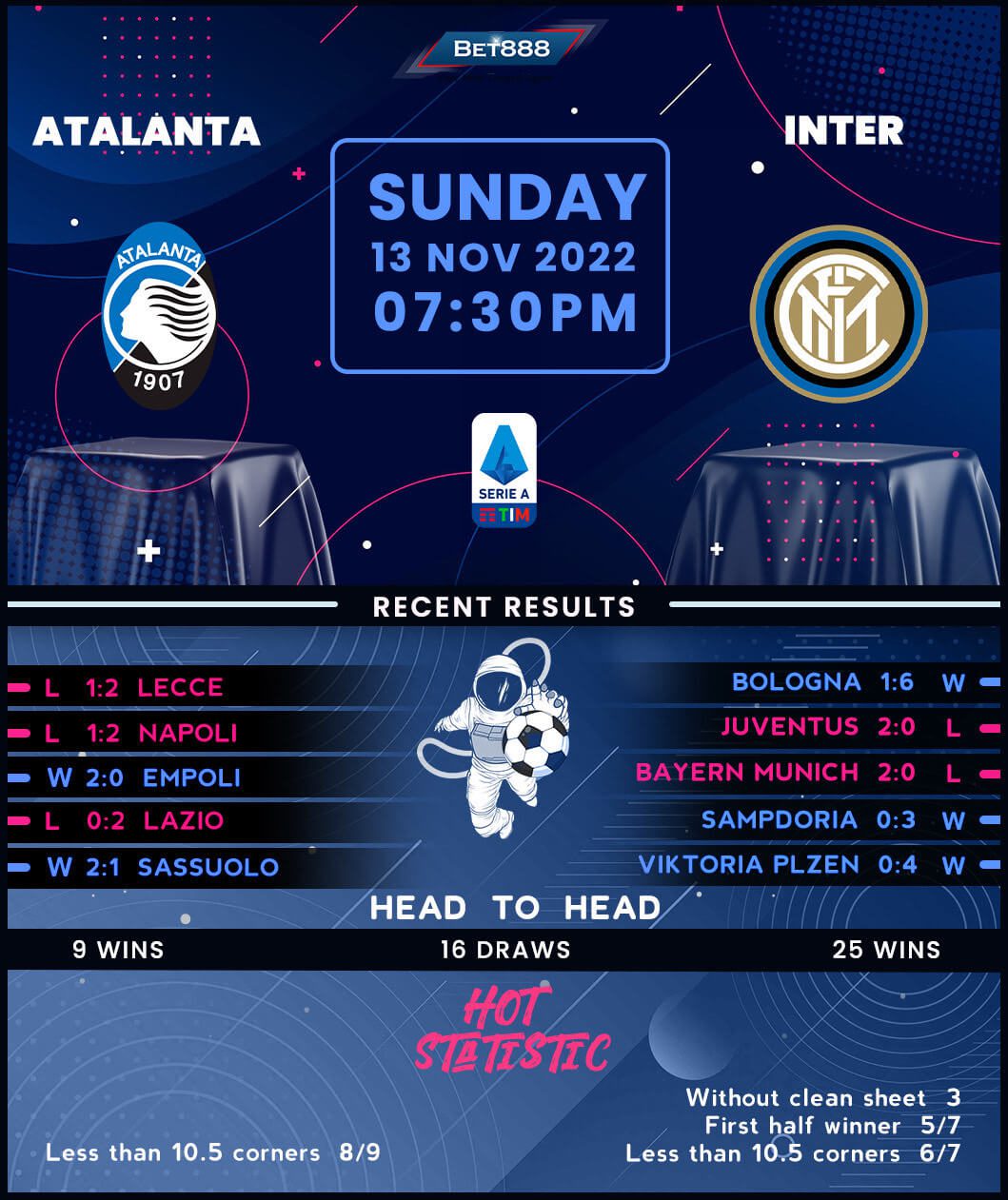