Villa Park is the venue as Aston Villa and Manchester United go head-to-head in a tasty-looking Premier League encounter.

Steven Gerrard’s dismissal in late October has failed to reignite Aston Villa’s faltering domestic season. After a 4-0 thumping of Brentford in their first post-Gerrard league outing, the ‘Lions’ have returned to old habits, losing at Newcastle United by the same scoreline last week. But the new sheriff is in town as Unai Emery prepares for his second touchline debut in the Premier League after an uneventful stint at Arsenal. Emery’s first task in charge of Villa will be to halt the club’s humiliating 23-game winless home streak against Man Utd in the Premier League (D8, L15). In order to do that, the hosts will have to defy an equally disturbing run of 13 defeats across their last 14 Premier League matches against sides starting the day in the top six (D1).

Meanwhile, visiting Manchester United claimed a futile 1-0 win at Real Sociedad in midweek Europa League action to progress into the knockout stages as Group E runners-up. Despite finishing second to the Basque outfit, that victory in San Sebastian could hand United a confidence boost, having taken their unbeaten streak in all competitions to nine games (W7, D2). Manager Erik ten Hag wouldn’t mind a bit more consistency from the ‘Red Devils’ in the Premier League after his men alternated between winning (3) and drawing (2) in their last five league outings. Man Utd’s away performances have lacked conviction thus far, with each of their three top-flight victories on hostile turf this term yielding a single-goal margin. 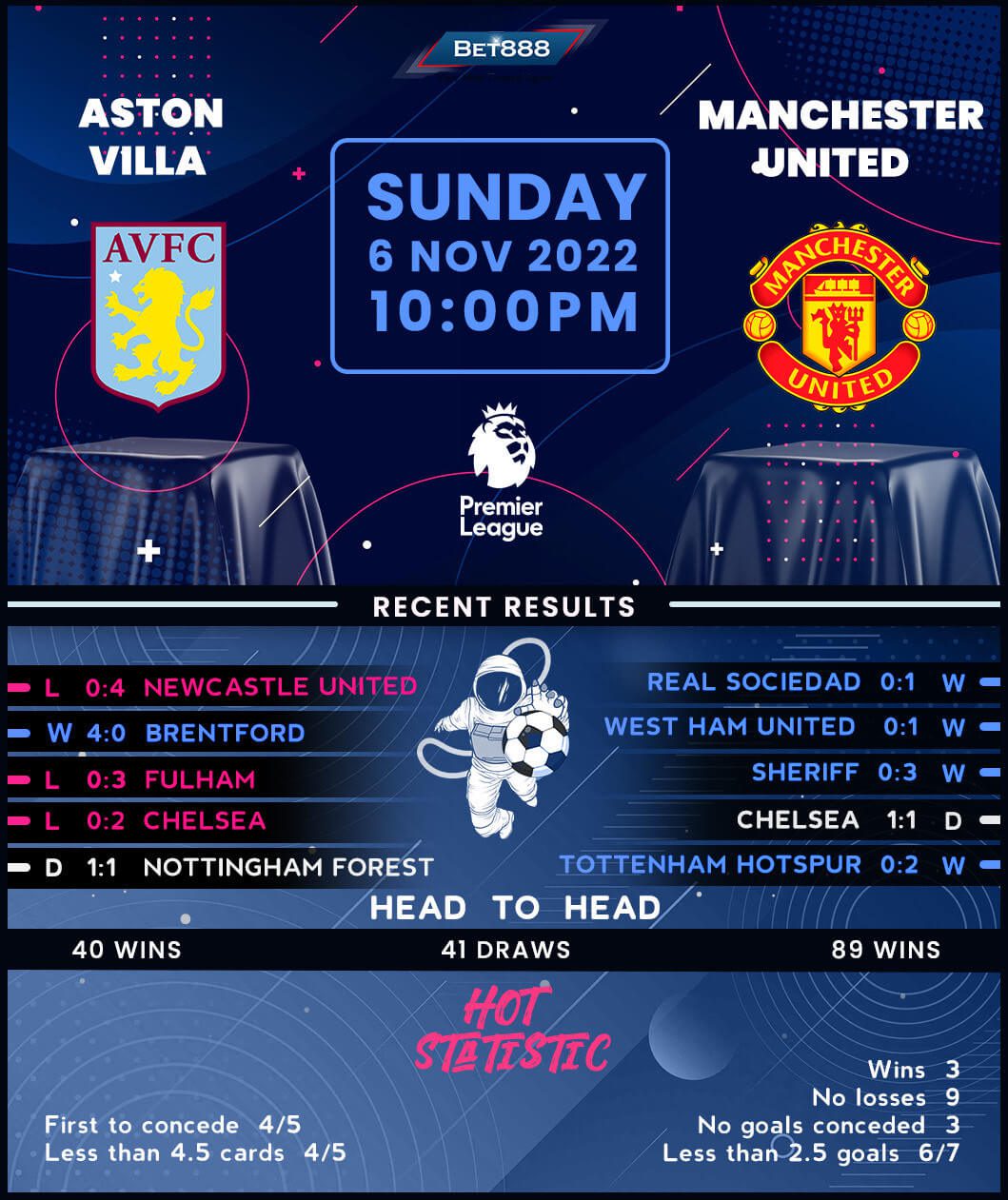