It’s been a thoroughly abysmal start to the season for Aston Villa. Indeed, an underwhelming 2-1 defeat at Arsenal in midweek Premier League action made it four defeats from five league matches (W1). After guiding the ‘Lions’ to their worst league start in 25 years, manager Steven Gerrard has become an unpopular figure in Birmingham, with another sub-par performance from Villa likely to spell the end of his ill-fated managerial tenure. Man City’s upcoming visit to Villa Park could mark Gerrard’s final game in the dugout, considering his men are winless in 11 consecutive Premier League H2Hs (D1, L10), losing each of the last seven in a row by an aggregate score of 22-5. What’s more, Villa have suffered a resounding 15 defeats in their previous 16 Premier League clashes against reigning champions (W1).

On the other hand, Manchester City’s title defence is up and running, with Pep Guardiola’s side hauling back a two-goal deficit in two of their opening five Premier League outings (W1, D1) to maintain a 100% unbeaten start to the 2022/23 top-flight season (W4, D1). Coming into this matchday, the ‘Cityzens’ dismantled newly-promoted Nottingham Forest 6-0, as marquee striker Erling Haaland notched up his second hat-trick on the spin. Indeed, Guardiola’s free-flowing attack has already tallied a staggering 19 goals this Premier League campaign, averaging 3.8 goals per game. Man City are only one goal away from smashing a 20-goal barrier in their opening six Premier League fixtures for the third time in the club’s history. Adding to the visitors’ enthusiasm, they head into proceedings unbeaten in their last 20 away league matches (W15, D5). 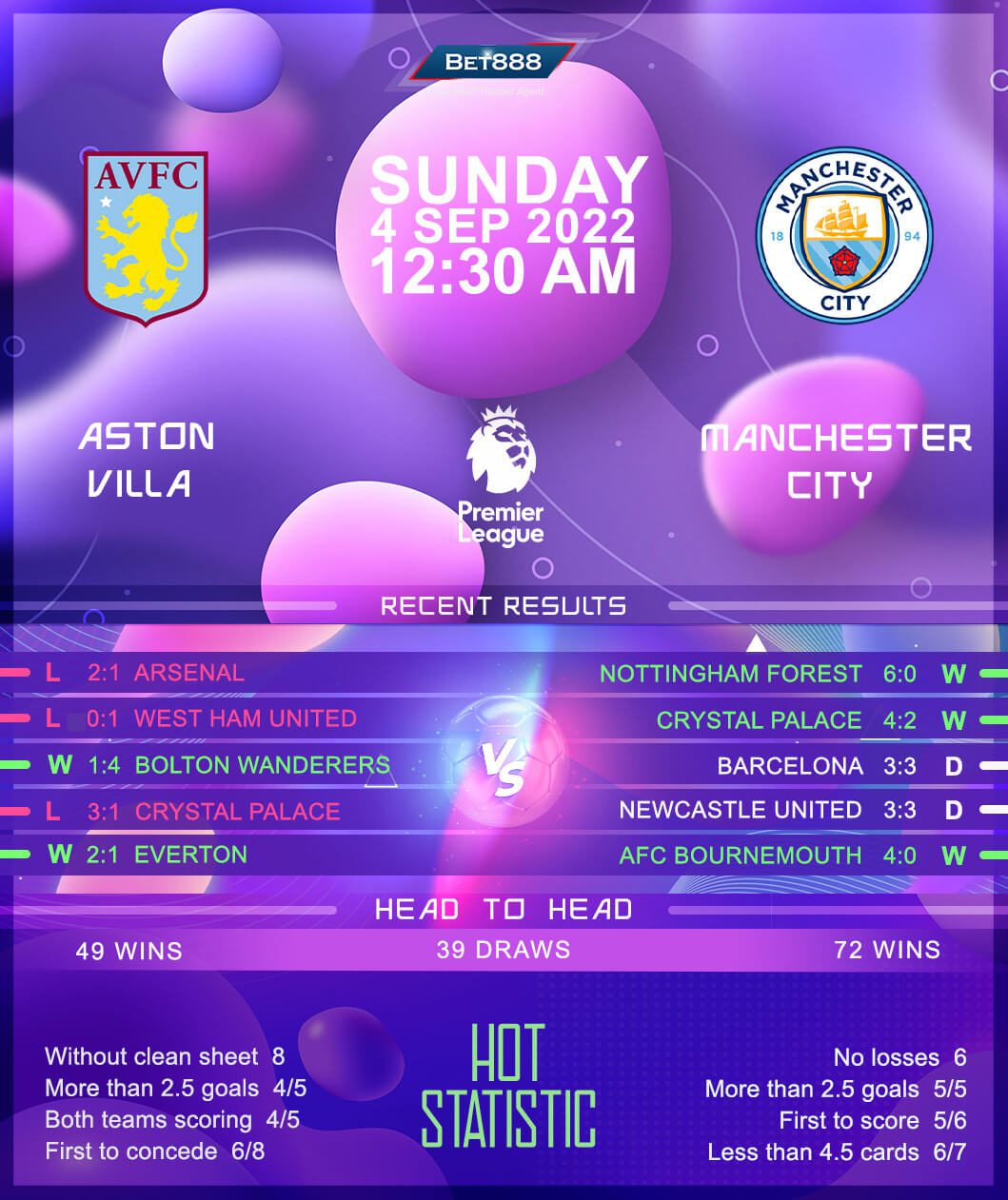