Despite going unbeaten in four consecutive Premier League outings ahead of the kick-off (W1, D3), including a 1-1 draw with Nottingham Forest last time out, Aston Villa boss Gerrard is not off the hook yet. With his side picking up just two wins from the opening nine Premier League rounds (D3, L4) and hovering two points clear of the relegation zone, Gerrard is on thin ice. Spanning across multiple seasons, the ‘Lions’ have grabbed only one victory in their last 13 league fixtures (D5, L6), explaining the trouble the former Liverpool cult hero has found himself in these days. However, both Villa’s top-flight triumphs this season have arrived on home turf, where they’ve suffered six defeats across their last eight Premier League H2Hs against Chelsea (W2).

Meanwhile, Chelsea claimed an all-important 2-0 win at AC Milan in midweek Champions League action to seize control of Group E heading into the final two rounds. Graham Potter’s arrival at the helm has been the confidence booster the ‘Blues’ needed following a woeful 2022/23 start under Thomas Tuchel. Potter has led Chelsea to ‘goal-friendly’ wins over Crystal Palace and Wolverhampton in his first two Premier League matches in charge, steering them back into the top four. After last weekend’s 3-0 thumping of Wolves, the ‘Pensioners’ have set their sights on keeping back-to-back clean sheets in England’s top flight for the first time since March. But after failing to hold Villa at bay across their last three league visits to Villa Park, Chelsea should be on high alert. 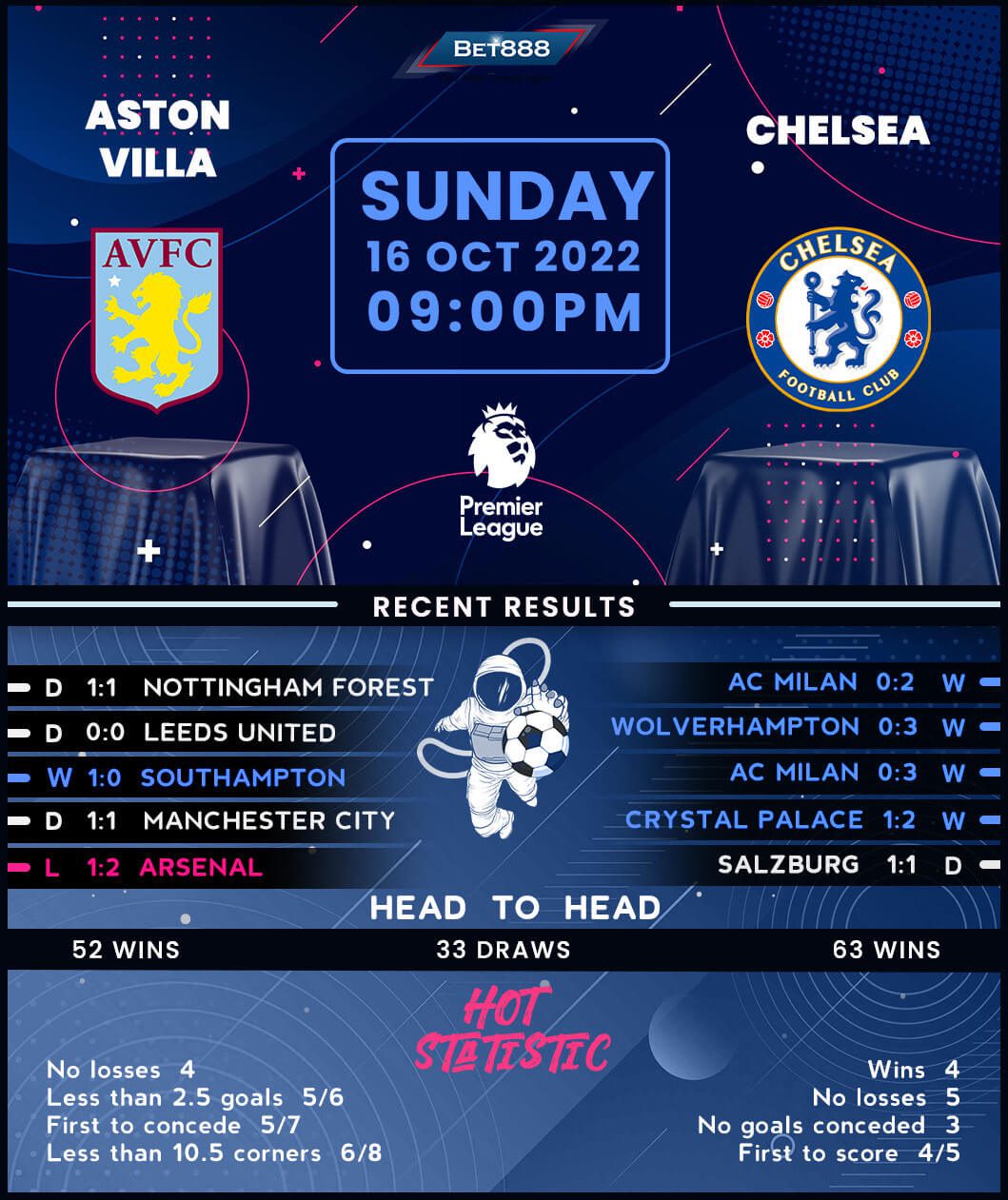