Lionel Messi’s last-ditch attempt to win the World Cup and get on a pair with Diego Maradona has reached its climax as Argentina and defending champions France go head-to-head in the 2022 grand final at the Lusail Iconic Stadium.

Two-time world champions Argentina have picked themselves up from an embarrassing 2-1 day-one defeat to Saudi Arabia to reach the World Cup grand final for the sixth time. ‘La Albiceleste’ swept beaten finalists from 2018 Croatia aside with a thumping 3-0 victory in the semifinals and could become only the second nation in World Cup history to lift the crown after losing the opening game at the tournament. However, Argentina’s last participation in the World Cup final yielded a 1-0 loss to France’s fellow European rivals Germany in 2014, while they’ve been on the wrong side of a 4-3 in their only previous H2H in the competition’s knockout rounds. Against this backdrop, Argentina won both previous World Cup encounters against ‘Les Bleus’ beforehand, including a 2-1 group-stage victory in their triumphant 1978 campaign. Yet their overall H2H record against France in all competitions is perfectly balanced (W3, D6, L3), suggesting this can go either way.

On the other hand, France scored on either side of halftime to oust surprise package Morocco 2-0 in the semifinals and could become only the third nation in World Cup history to defend the crown, with Brazil last to achieve that feat in 1962. Head coach Didier Deschamps has set his sights on a flattering milestone as he looks to become the first manager since Vittorio Pozzo in 1938 to win back-to-back World Cup titles. Deschamps boasts a formidable World Cup record in charge of France, having won 14 of his 18 matches as the country’s boss at international football’s biggest stage (D2, L2). If you’re looking for an omen, ‘Les Bleus’ have gone unbeaten in ten consecutive World Cup showdowns against nations from the CONMEBOL region (W6, D4) since ominously losing to Argentina in 1978. 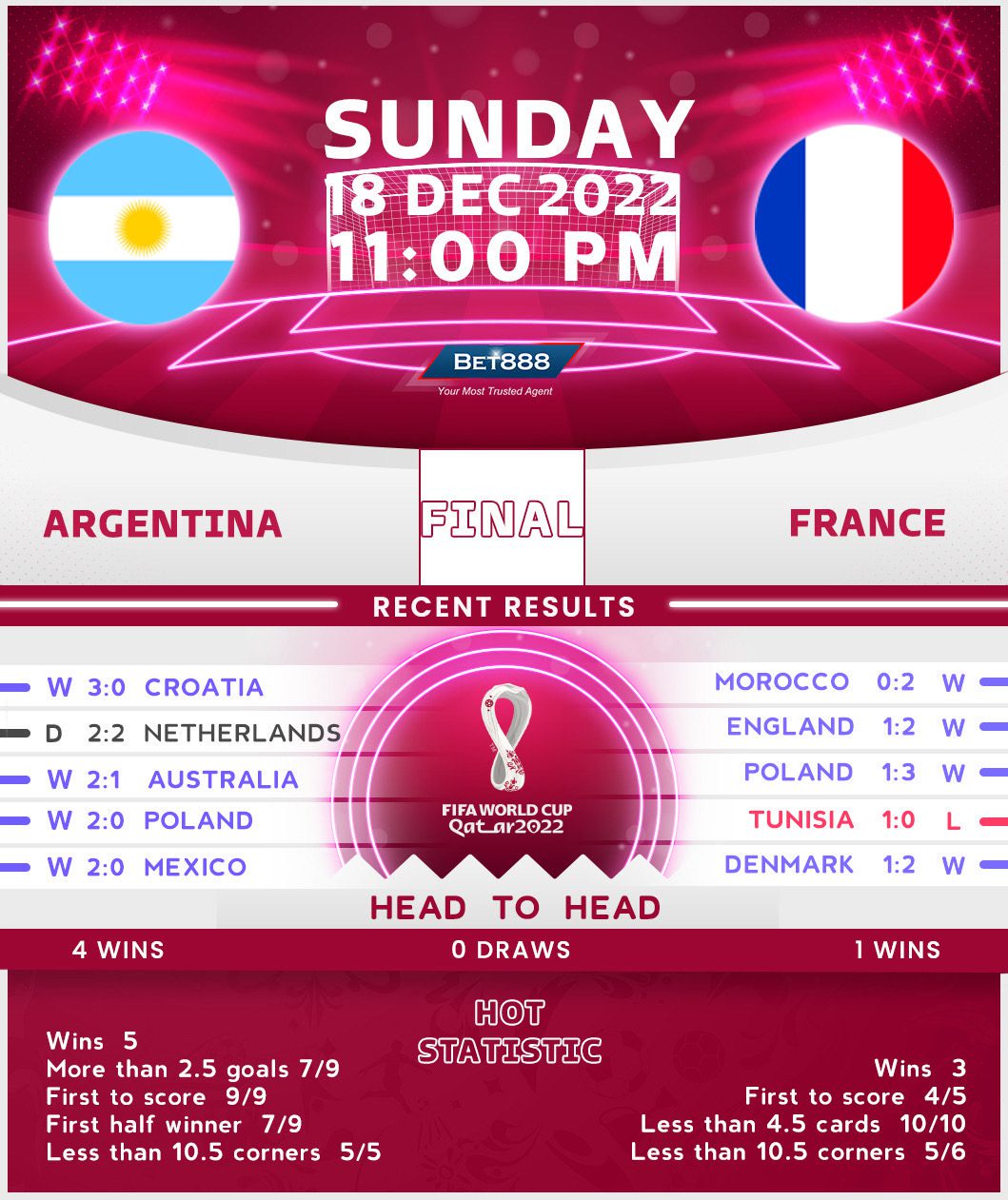