Lusail Iconic Stadium is the venue as Argentina and Croatia go head-to-head in a high-stakes 2022 World Cup semi-final tie.

Despite leading 2-0 with less than ten minutes left on the clock, Argentina eventually had to navigate a nail-biting penalty shootout to overcome the Netherlands in their mouth-watering quarter-final tie (2-2). ‘La Albiceleste’ boast a formidable 100% record in the World Cup semi-finals, having won all five previous fixtures at this stage of the tournament. Worryingly, though, the reigning Copa America champions have picked up just one victory in their last seven World Cup encounters against European nations (D3, L3), beating Poland 2-0 in this tournament’s round of 16. On top of that, the Argentines have experienced mixed fortunes across their only previous World Cup clashes against Croatia (W1, L1), most recently losing 3-0 in the 2018 group stages. Lionel Scaloni’s men need to improve their second-half displays if they’re to avenge that defeat after 12 of their last 13 World Cup goals conceded came in the second half.

On the other hand, Croatia pulled off a massive upset in the World Cup quarter-finals as they eliminated pre-tournament favourites Brazil via penalties, having applied the same recipe to overcome Japan in the round of 16. Losing finalists in 2018, the ‘Blazers’ could become only the fourth European nation to reach consecutive World Cup finals and the first in the 21st century. In doing so, they’d become just the second team to crash out Brazil and Argentina from the knockout stages of the same World Cup, with Germany being the only team to achieve that feat in 2014. Despite all the pomp around Croatia, they’ve failed to open the scoring in any of their last nine World Cup fixtures. However, extra time included, they’ve scored in all ten World Cup knockout matches! 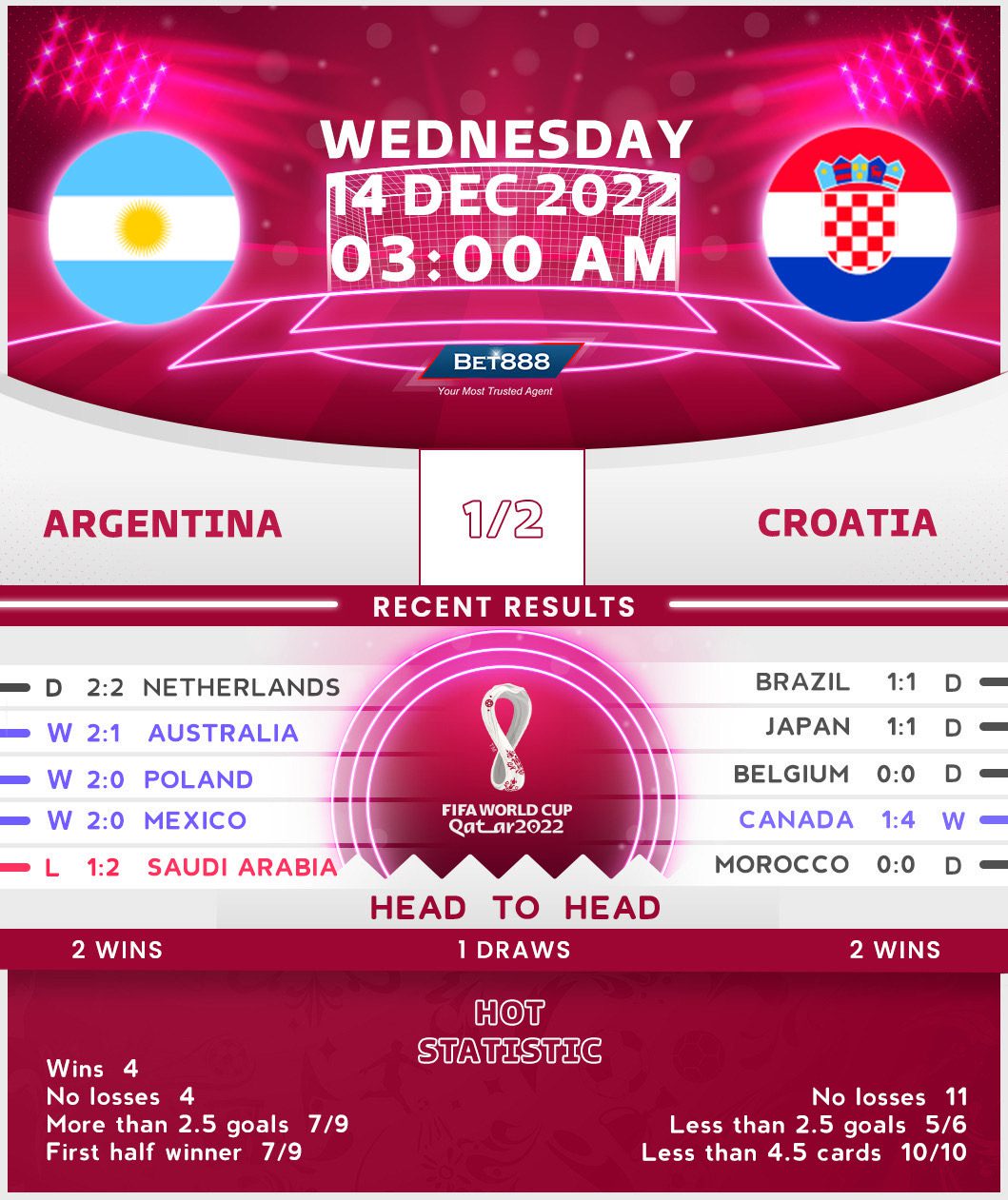