No strangers to beating the odds, fourth-tier Arenteiro ousted La Liga tenants Almeria 2-0 in the previous Copa del Rey round, scoring on either side of halftime to acquire a massive win. However, after a brace of single-goal margin wins against their peers in late November and early December, they’ve drawn their last two matches, failing to score before the break on both occasions. Prolificacy has not been Arenteiro’s strong suit of late, as they’ve bagged under 1.5 goals in their last three home league games (W1, D1, L1), casting doubt on their hopes of penetrating Atletico’s formidable backline. But they can at least hope to fend their visitors off, having kept a clean sheet twice in their last four outings on home turf.

In the meantime, Atletico Madrid thrashed Segunda Division outfit Ponferradina 4-2 in their only mid-season friendly and will be looking to keep the momentum going here. Goals on either side of halftime helped Diego Simeone’s side ease past lower-league Almazan in the last Copa del Rey round, yet their recent competitive form cannot inspire much confidence. Before beating a sub-par opponent in this tournament, they had been winless in five straight competitive matches beforehand (D2, L3), five of which saw both teams on the scoresheet. Indeed, the abovementioned romping of Almazan remains their solitary success on four road trips across all competitions (L3). 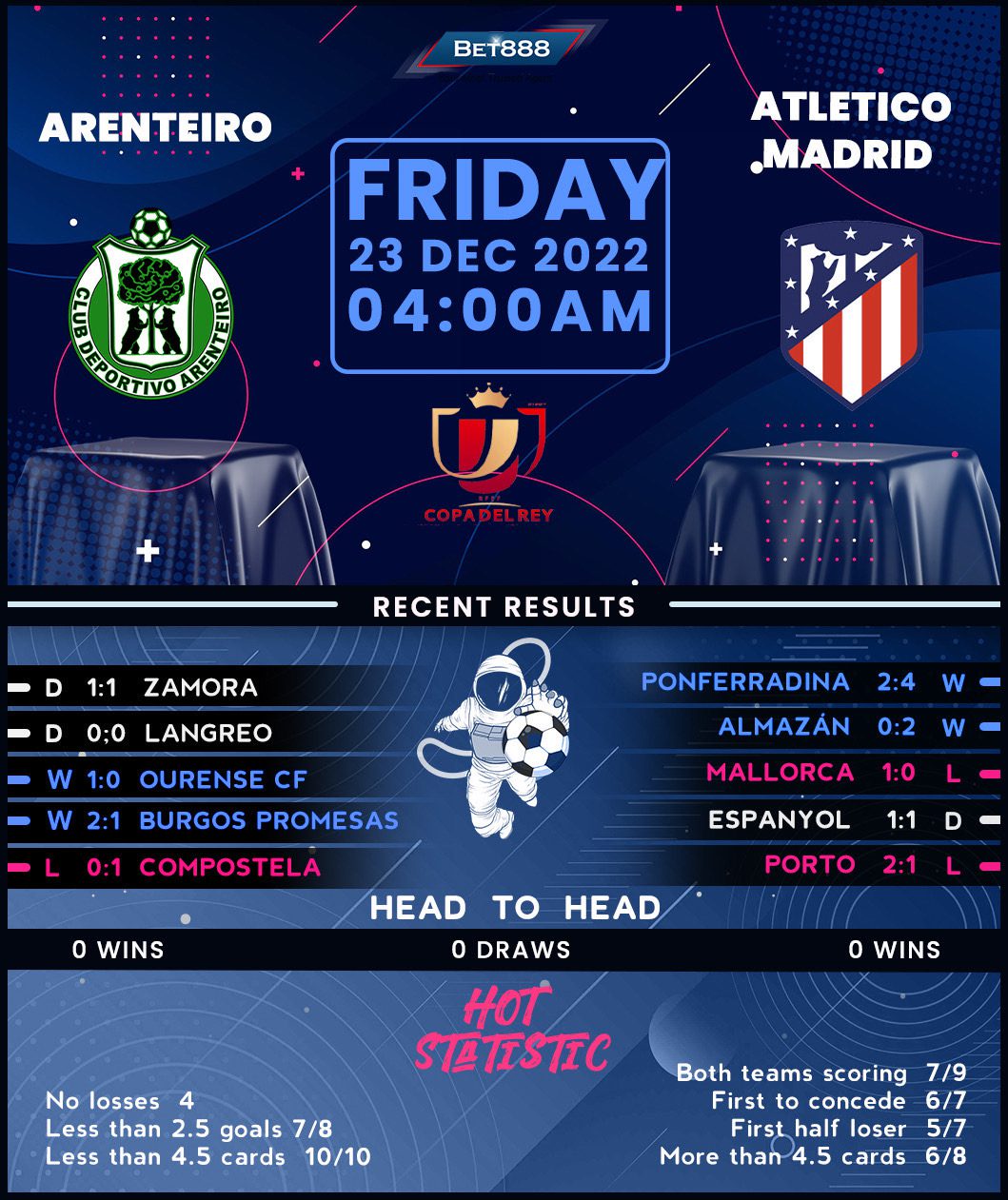