The latest edition of the long-standing Serie A rivalry between AC Milan and Juventus takes place at the Stadio San Siro this weekend.

Hit by numerous high-profile injuries, Milan failed to consolidate the top spot in Champions League Group E as Chelsea thumped them 3-0 in London in midweek. Back to domestic commitments, Stefano Pioli’s men will fall back on a decent run of just one loss from their last five Serie A meetings with Juventus (W2, D2). ‘I Rossoneri’ lost 2-1 to Napoli in their most recent home league outing following an eye-catching run of six successive top-flight victories at San Siro, four of which were followed by a clean sheet. Faced with the risk of losing back-to-back Serie A home games for the first time as a Milan manager, Stefano Pioli hopes a 3-1 win at Empoli last weekend can inspire his side’s comeback.

On the other hand, September threw Massimiliano Allegri’s future in Turin into doubt as Juventus went winless in all five competitive matches last month (D2, L3). However, the international break turned the visitors’ fortunes around as they followed up a 3-0 demolition of bottom-half Bologna with a vital 3-1 Champions League home win over Maccabi Haifa. However, playing outside the Allianz Stadium has been Juventus’ Achilles heel this season, as they’ve been winless in all three away league games thus far (D2, L1), drawing a blank twice in the process. Another failed attempt to gain all three points would see ‘I Bianconeri’ win none of their first four Serie A away fixtures for only the second time in the past 40 seasons! But after drawing both top-flight clashes against Milan in 2021/22, that prospect looks more than realistic. 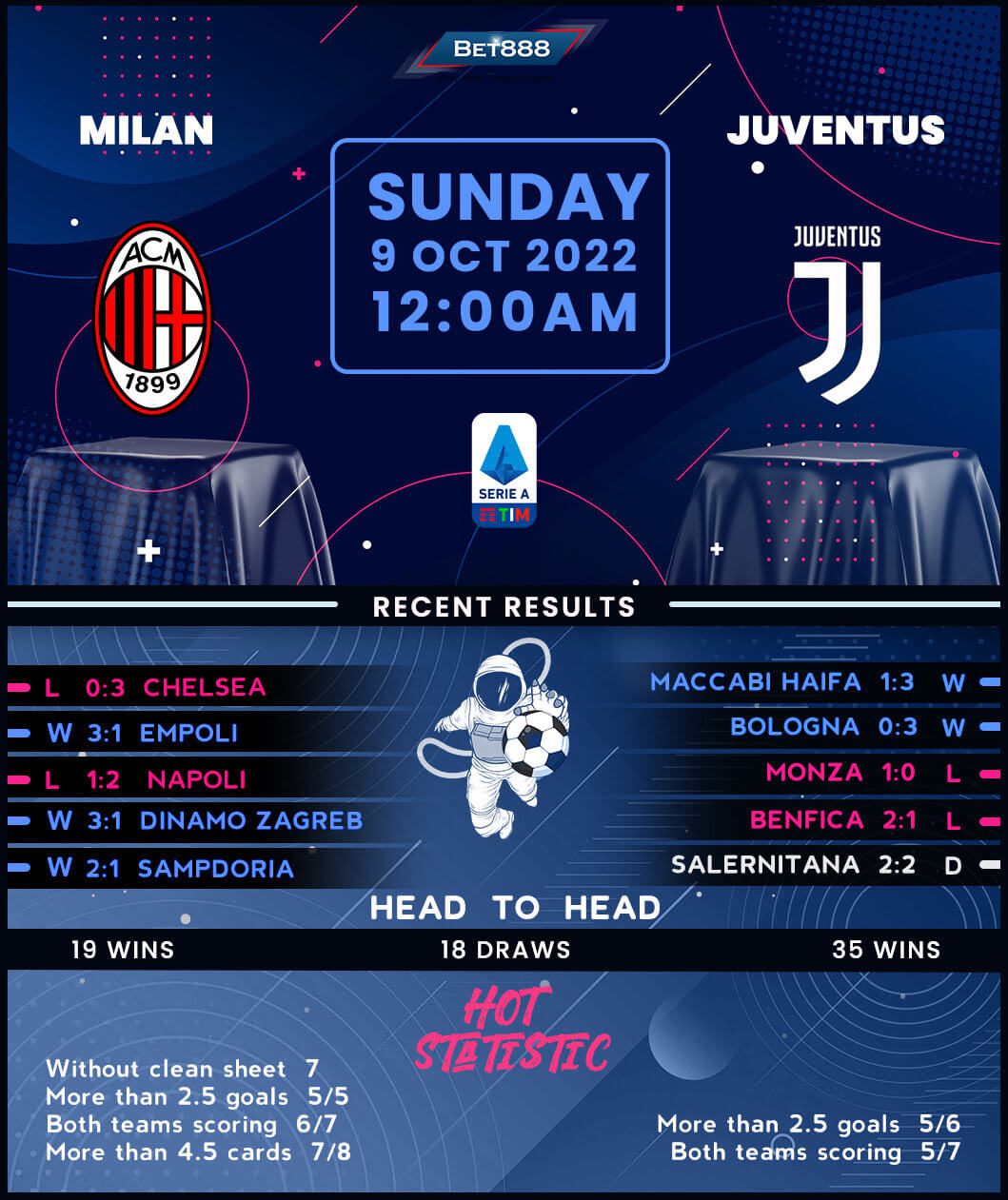